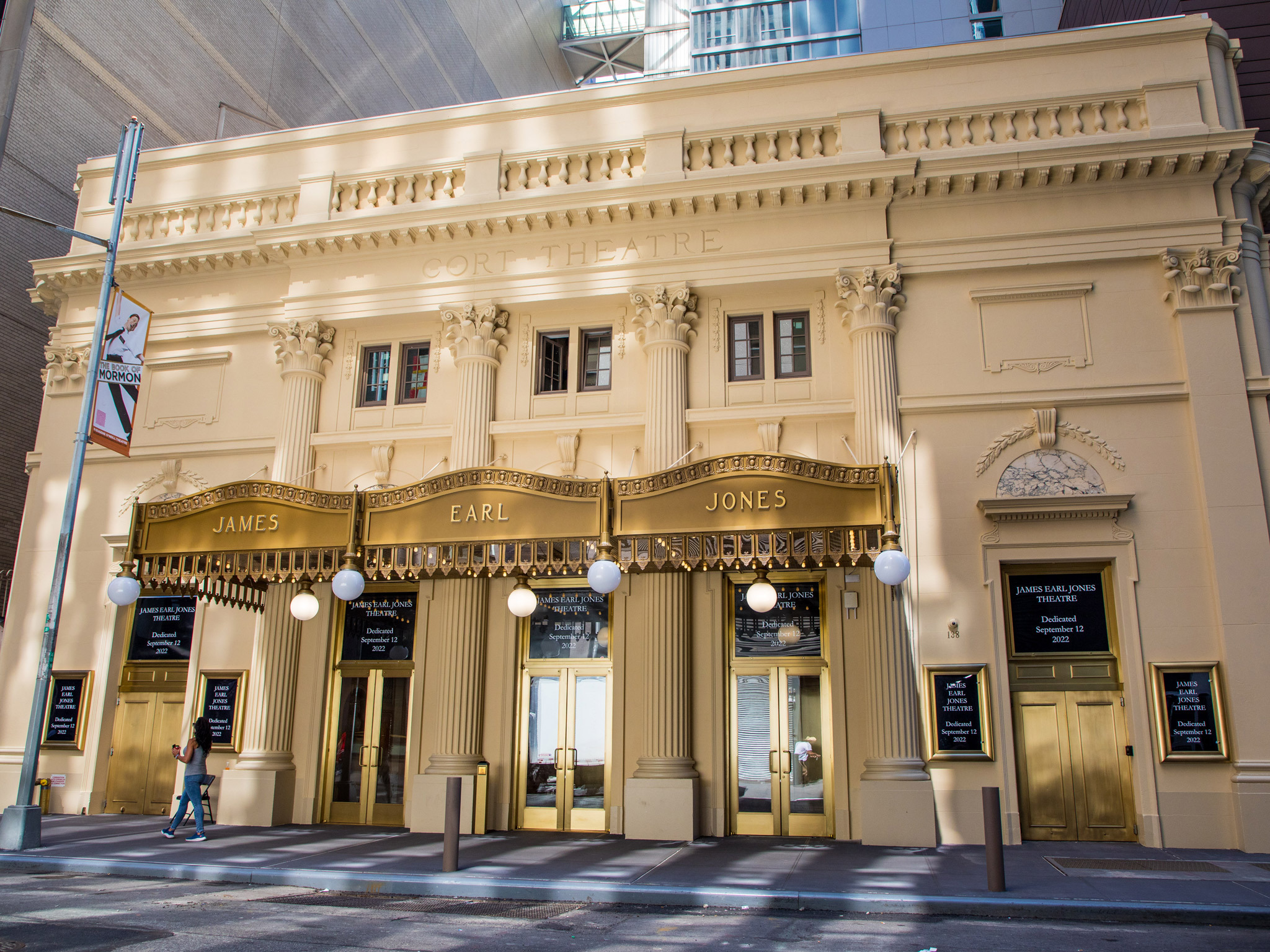 Most of the sightlines are good throughout the theater, but the upper level seating is pretty cramped.

The balcony can be hard to see from, as some rows are on the same level as each other on the James Earl Jones Theatre's balcony.

In addition, seats on the upper level are small, so getting an aisle seat is recommended. The best seats are in the center orchestra. 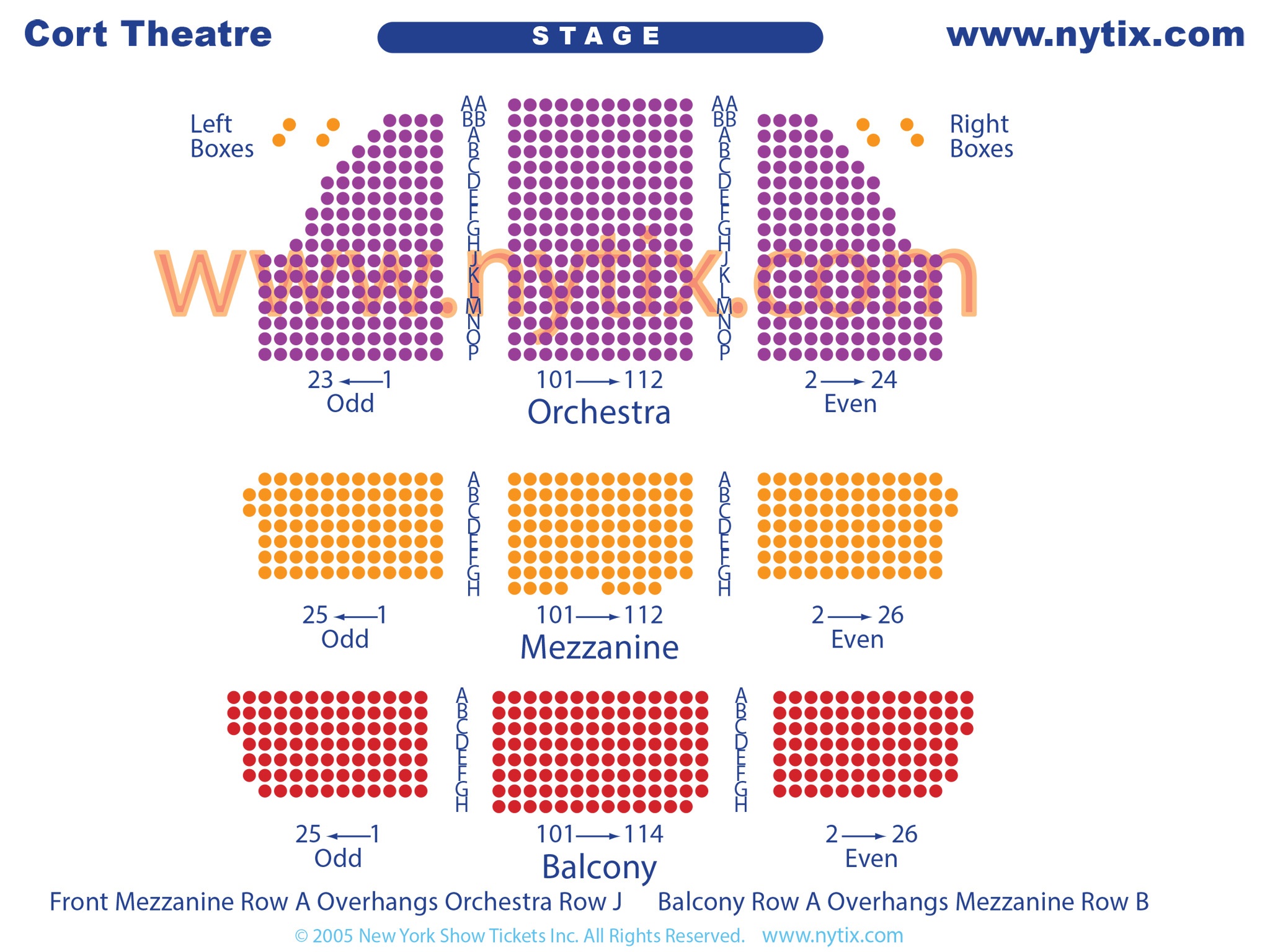 The closest parking garages for James Earl Jones Theatre are located at:

This is one of the few theaters located east of Broadway. This theatre is often considered a 'death house' as the show 'Fish in the Dark" is the only Broadway show in recent history to have recouped its investment while playing there.

After over a century of turning away guests with disabilities, the 2021-2022 renovation of the James Earl Jones Theatre theatre finally became ADA compliant.

The property next door to Cort theatre was acquired by Charles Flateman (Senior VP ay The Shubert Organization) and the building was turned into the annex of the James Earl Jones Theatre.

Using the annex, the theatre now features an elevator to all levels, new ADA approved bathrooms and bars and rehearsal rooms that all satisfy the ADA compliance requirements for disabilities. 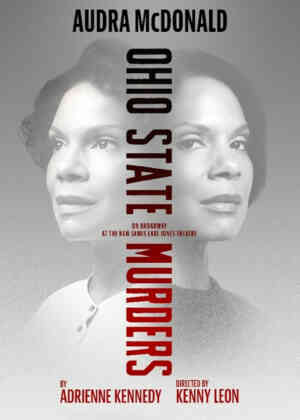 A dark mystery unravels in this intriguing, unusual and chilling look at the destructiveness of racism in the U.S. …more
Get Tickets 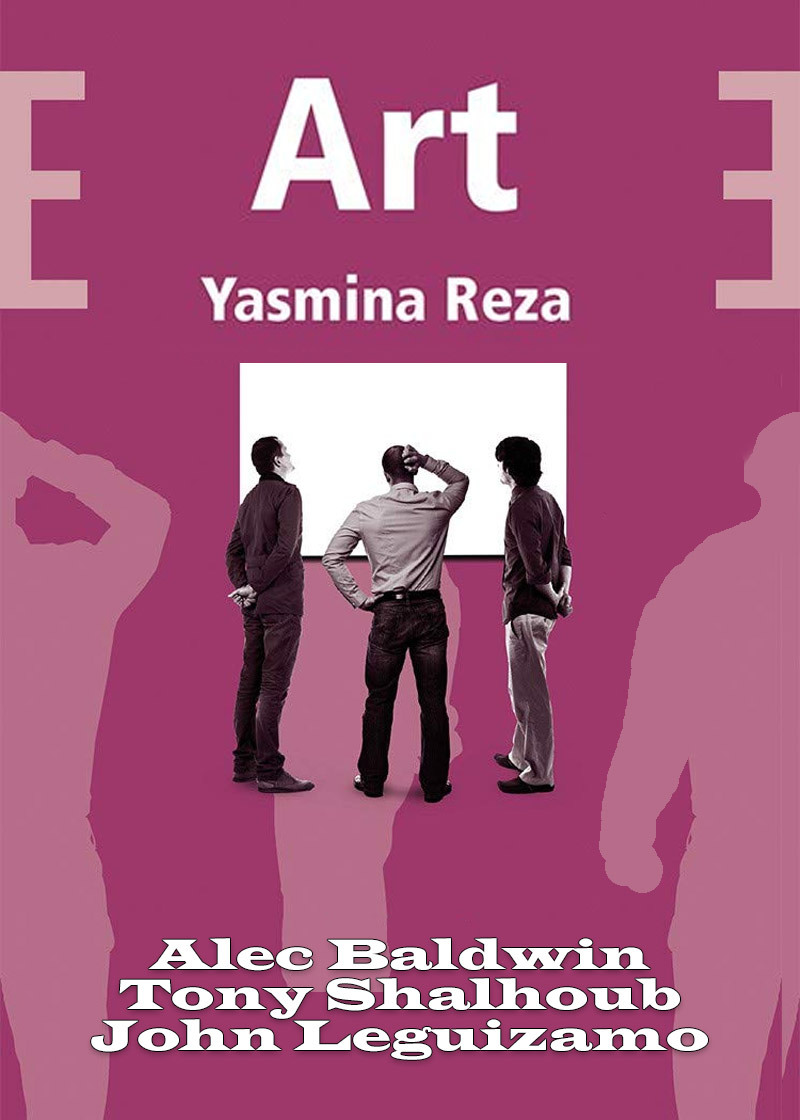 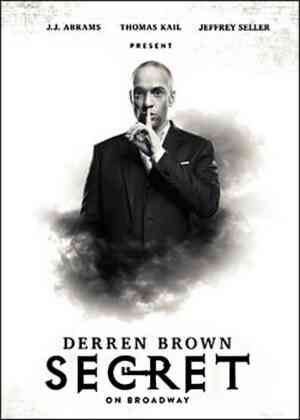 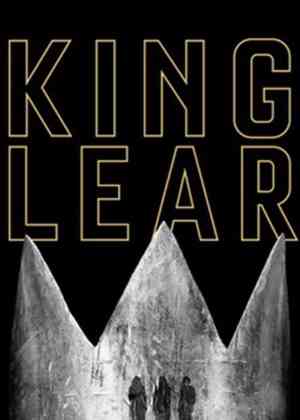 Glenda Jackson returns to Broadway and continues to break down barriers by playing the lead role in Sam Gold's version of the Shakespearean drama, King Lear. …more 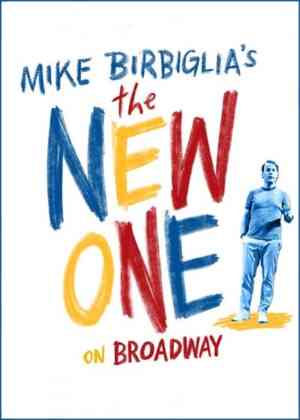 Mike Birbiglia's the New One

An autobiographical play with a bittersweet take on fatherhood. Mike Birbiglia takes us on his journey through the pros and cons of having children. …more 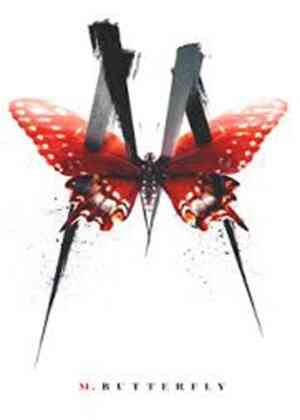 M. Butterfly is a play by David Henry Hwang that premiered on Broadway in 1988, winning the Tony Award for Best Play. The story of a French diplomat, Rene Gallimard, …more 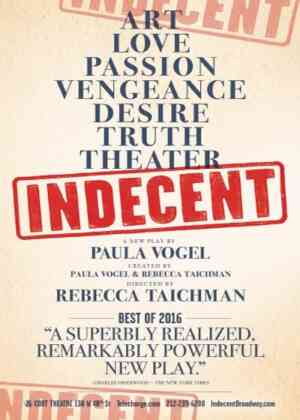 Indecent charts the journey of the artists who risked their lives to perform and produce God of Vengeance, holding true to their conviction despite hazardous and often outright dangerous circumstances. …more 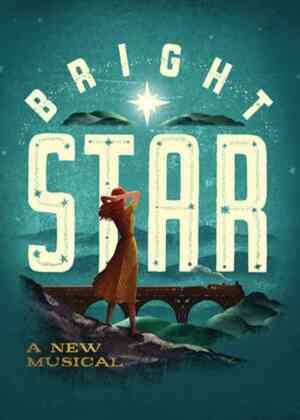 Bright Star is a new musical coming to the Broadway spring season following its world premiere in 2014 at the Old Globe Theatre in San Diego, followed by a winter …more 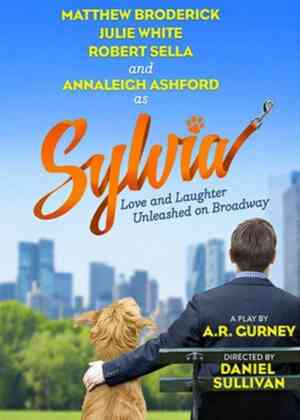 Sylvia is a play by A.R. Gurney first written in 1995, when it premiered Off-Broadway starring Sarah Jessica Parker. This production marks the show’s Broadway debut. The play deals with …more 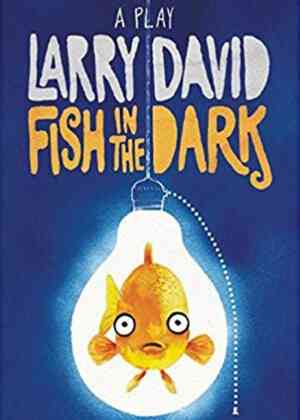 Fish in The Dark

In Fish in the Dark, the protagonist is met with ultimate loss of losing a parent. The grieving process that the family undergoes is a little different that most can …more 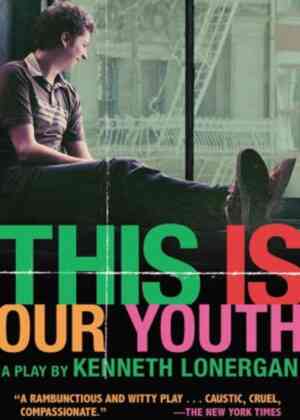 This Is Our Youth

This Is Our Youth is a play originally written in 1996 by dramatist and filmmaker Kenneth Lonergan. It is the story of adrift adolescents in the Reagan era, exploring the …more

The theatre opened in 1912 and went through a number of renovations in 1952,, 1974, 1987 and 2022. The theatre was originally named after the man who built it, Seattle-based actor-turned-producer John Cort.

In 2022 the theatre was renamed to the James Earl Jones theatre, in honor of the actor who began his Broadway career in 1957. Jones has received many Tony Awards for his Broadway performances and he received a Lifetime Achievement Award from the Tony Awards in 2017.

At about 1,000 seats, the theatre has been primarily a playhouse, though perhaps none of the many productions that have been there over the years is as well-known as the debut play, Peg o' My Heart. Other shows that graced this stage, like The Jazz Singer and Room Service, both went on to become memorable movies (the former being the first "talkie" and the latter starring the Marx Brothers)

Notable Moments in the Theatres' History

Esteemed Hollywood actress Nicole Kidman created a sensation at the Cort when she appeared nude onstage in David Hare's The Blue Room at The Cort in 1998 with Iain Glen.

For a while, during its life as the Cort Theatre, it was even home to a beloved television production, "The Merv Griffin Show", when the theater served as a TV studio in the late '60s and early '70s. In 1974, the theatre landlord, the Shubert Organization, renovated the Cort and brought it back to theatrical life again.

In 2021 The Shubert Organization renovated and expanded the Theatre, refurbishing the original structure and adding a new 35-foot-wide expansion on the building's west side. They also added a five-story annex to the theatre. The project was completed in 2022 and the Cort theatre was renamed to the James Earl Jones Theatre.

A number of notable shows have played at this theatre over the years including Peg o' My Heart, Merton of the Movies, The Jazz Singer, Boy Meets Girl, The Male Animal, Cafe Crown and The Rainmaker.

This theatre was also host to the ill-fated Farrah Fawcett in Bobbi Boland that never made it to opening night.

Notable Past Productions 2000 to Present

Some more contemporary shows that played here have been On Golden Pond starring James Earl Jones, The Little Dog Laughed, Will Ferrell's You're Welcome America, and Time Stands Still.

Sunrise at Campobello in 1958

This 1958 play by American producer and writer Dore Schary was based on U.S. President Franklin Roosevelt's struggle with polio and featured the Broadway debut of the young actor James Earl Jones. Jones spoke his very first line on Broadway at this show, which he continued in for a year, until the show finally closed in 1959.

Located on the east side of Broadway, in the upper regions of the Times Square area, the James Earl Jones Theatre Theatre is easy to miss. But once you give it a good look, you'll see it's actually a wonderfully intimate and attractive theater.

The three-tiered James Earl Jones Theatre was designed by architect Edward B. Corey. The handsome interior is a soft gold with red seats, and a mural decorates the space above the stage. Beware, the bathrooms at this theater are tiny.