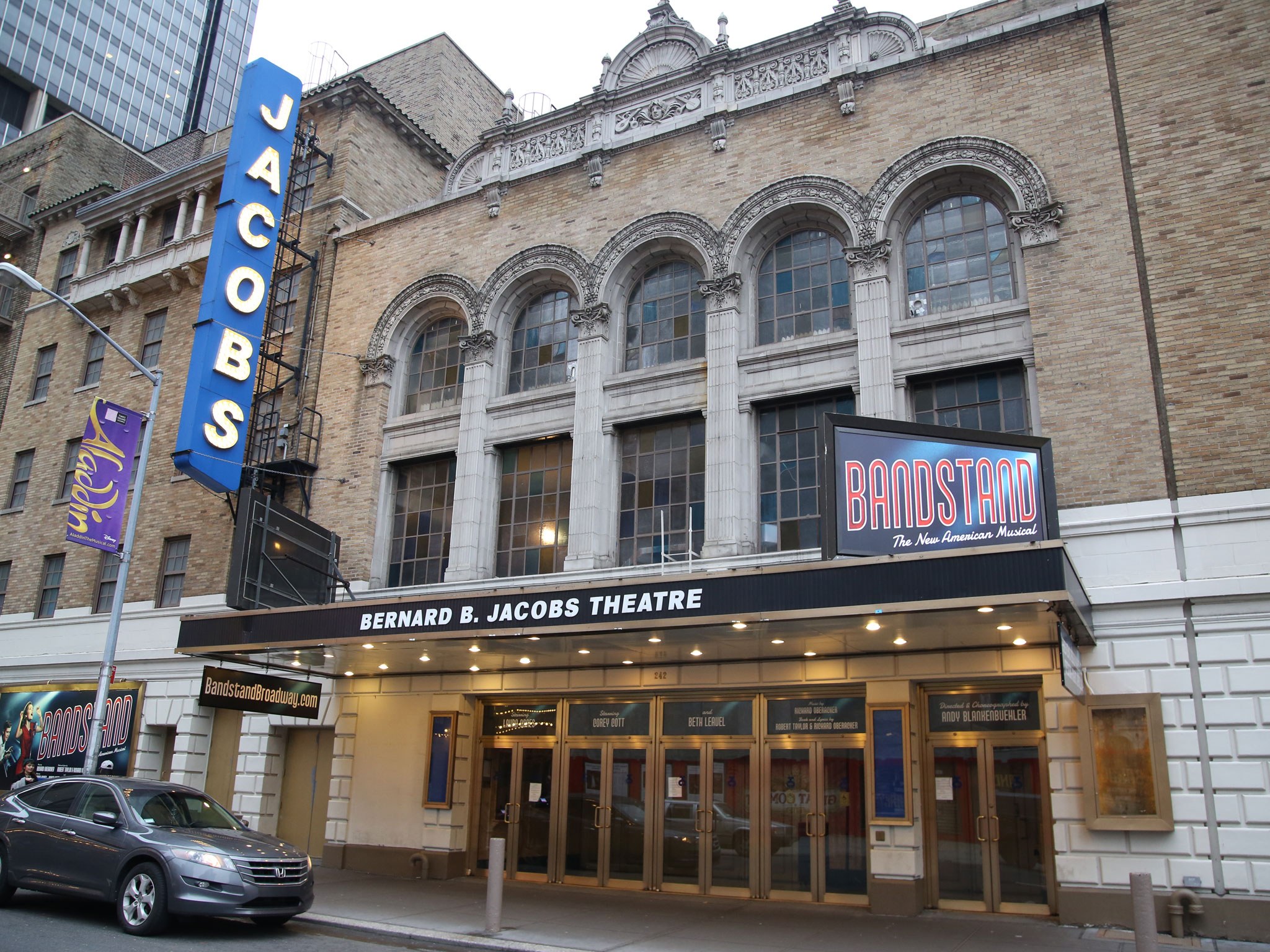 The Bernard B. Jacobs Theatre has generally good sightlines all around. For the very best viewing, go for mid-center orchestra or the front mezzanine. Keep in mind that obstructed view seats in this theater can be more heavily obstructed than expected. 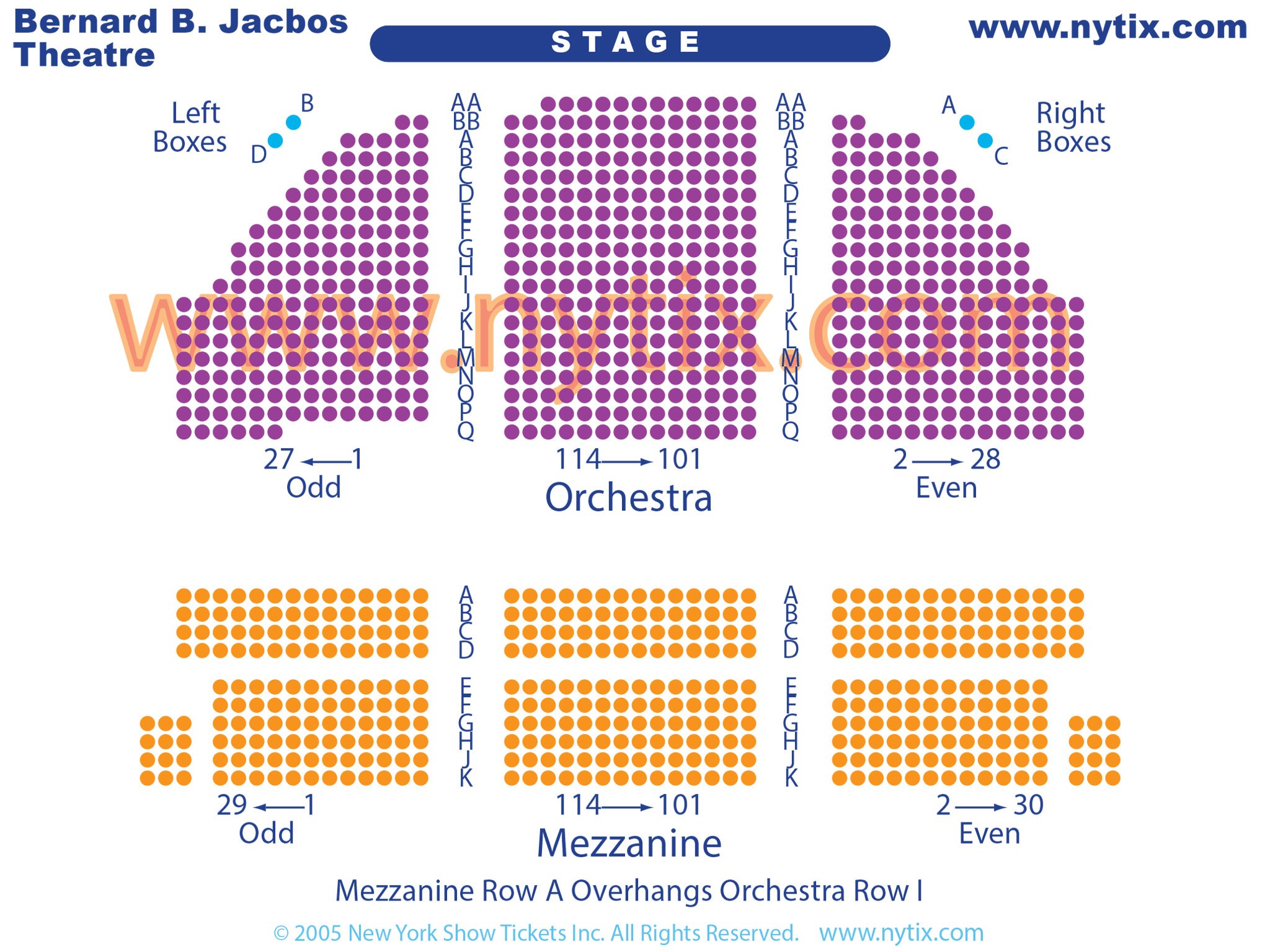 This theatre was formerly called the Royale Theatre. 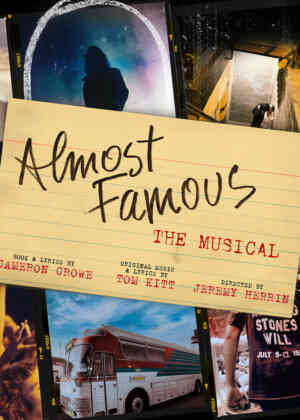 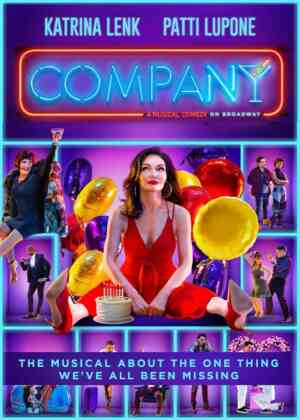 An updated gender-bender version of the classic Sondheim show made up of vignettes that challenge personal relationships and what they really mean, when a poignant 35th Birthday celebration approaches. …more 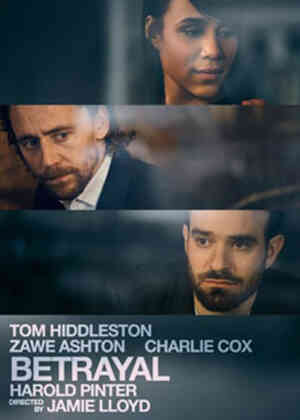 The story of a forbidden affair that is told in reverse chronological order, starting from the end of a marriage to the first spark of the relationship. …more 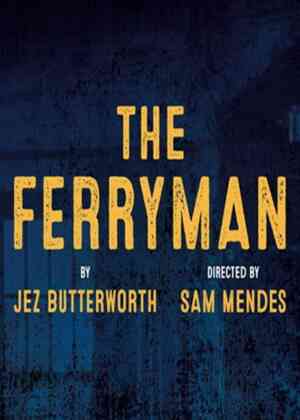 Set in a turbulent time in Northern Ireland during the 1980's this production features a huge cast set to a beat of murder, espionages and double-crossing. …more 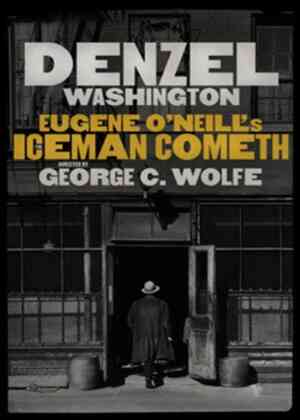 The Iceman Cometh is a masterpiece of American theatre and was written by Eugene O’Neill in 1939. The show was first produced on Broadway in 1946 and since then has …more 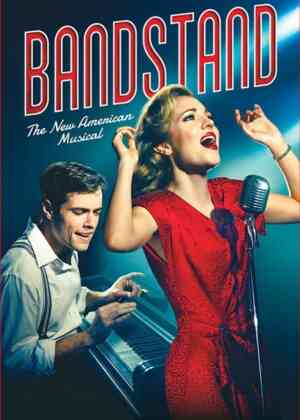 Bandstand is a new musical that comes to Broadway following a successful run at the Paper Mill Playhouse in Millburn, New Jersey. Set in 1945, this show tells the story …more 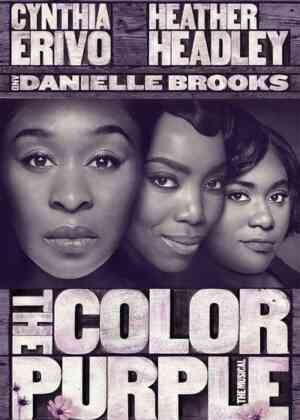 The Color Purple, a Broadway musical, is based on the 1982 novel by Alice Walker, which was made into a 1985 film by Steven Spielberg starring Oprah Winfrey, Danny Glover …more 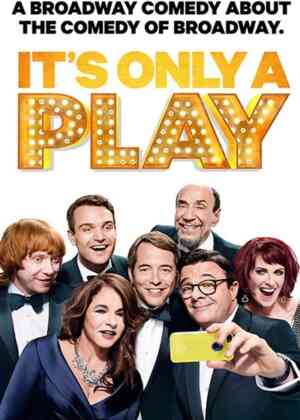 It's Only A Play

A play about the theatre, It’s Only a Play is the story of a playwright named Peter Austin (Matthew Broderick) whose new piece “The Golden Egg” receives less than positive …more

Built by the Chanin brothers, the Bernard B. Jacobs Theatre opened as the Royale Theatre in 1927. In its early years, the Royale was "invaded" variously by specialty troupes, like a group that performed several Gilbert & Sullivan operettas here, and a Dublin-based company that did a slew of Irish plays. In 1934, after producer John Golden lost his self-named theater on 58th Street, he leased the Royale and renamed it the Golden. It only retained this name briefly, until the producer moved in on the Masque next door, which to this day is now known as the John Golden Theatre.

The Jacobs has seen some big stars in its time, from Mae West, who did her shows Diamond Lil and The Constant Sinner here, to Julie Andrews in her Broadway debut The Boy Friend, Laurence Olivier in The Entertainer, Lauren Bacall in Cactus Flower, Madonna in David Mamet's Speed-the-Plow, and A Raisin in the Sun starring hip-hop icon Sean "P. Diddy" Combs.

Like so many of the theaters on Broadway, the Bernard B. Jacobs was designed by architect Herbert J. Krapp. With just over 1,000 seats, the space is suitable for musicals but is much more often used for plays, especially in recent years.