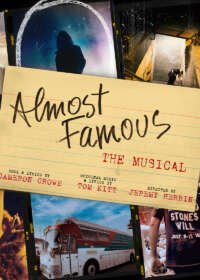 The musical version of Almost Famous is based on the movie of the same name, which was released in September 2000.

Cameron Crowe, who is a renowned American journalist and screenplay writer, with three Golden Globe Awards and two Academy Awards to his name, wrote both the movie script and the script for this Broadway show.

In the show’s Broadway debut, Crowe is very hands-on with the production team as he is meticulously overseeing every detail of the show all the way down to the stage choreography. Crowe does this in order to maintain the “Almost Famous” brand which he has created and the accuracy of the stories within the new show.

Show Premiered at the San Diego Old Globe Theatre in 2019

The new music for the Broadway show was written by the Pulitzer Prize winner and Tony Award Winner, Tom Kitt. Kitt has composed music for over 15 Broadway shows, including; Next to Normal, American Idiot, SpongeBob SquarePants and Jagged Little Pill. Other 70’s music classics are incorporated into the show as well, like Elton John’s Tiny Dancer and Wild Cherry’s Play That Funky Music.

The Musical Almost Famous came to Broadway following the show’s 2019 premiere in San Diego, CA, at the Old Globe Theatre.
Crowe grew up in San Diego with his single mom in the 1970’s, so the show launch is an ode to his hometown and his mother who is still an actor/activist.

The dramedy musical Almost Famous is based on the life stories and experiences of the now famous, American Journalist Cameron Crowe.

The production names William Miller as the fictional character who is supposed to be a young Crowe in 1970. The story starts with Miller as a young boy growing up in San Diego, CA without many friends and with many negative influences around him.

When he turns 15 years old, Miller comes across his older sisters large collection of Rock music albums and is immediately hooked on the free spirit of the artists. He wants in on the action but, with no musical talents himself he decides to become a journalist.

Miller manages to find a way in as a teenager and begins his career writing for “Rolling Stone Magazine” as the “New Music and Talent” reporter. Miller is assigned to follow the southern styled Rock Band Stillwater, on their American tour and write articles to send back to editor at Rolling Stone.

Miller documents all the details about the Rock Band including the many hilarious and wild ideas the group has, the many drunken nights and the band’s outrageous sexual exploits. Miller’s goal is to get one of his stories approved by his boss and onto the cover of Rolling Stone Magazine, as this would give him the respect he needs to get to the next step in his writing career.

As well as the music and storyline from the original movie, new music and additional scenes are added into the Broadway show.

In a bit of stunt casting, Jimmy Fallon appears in surprise performances of the show to reprise his film role as the new manager, Dennis Hope. This role was not particularly good in the movie as Fallon is not a good actor, but may drive interest in the show.

Is Almost Famous Good for Kids?

This show is intended for children over the age of 17 due to its excessive party, sex, drugs and Rock n’ Roll themes. 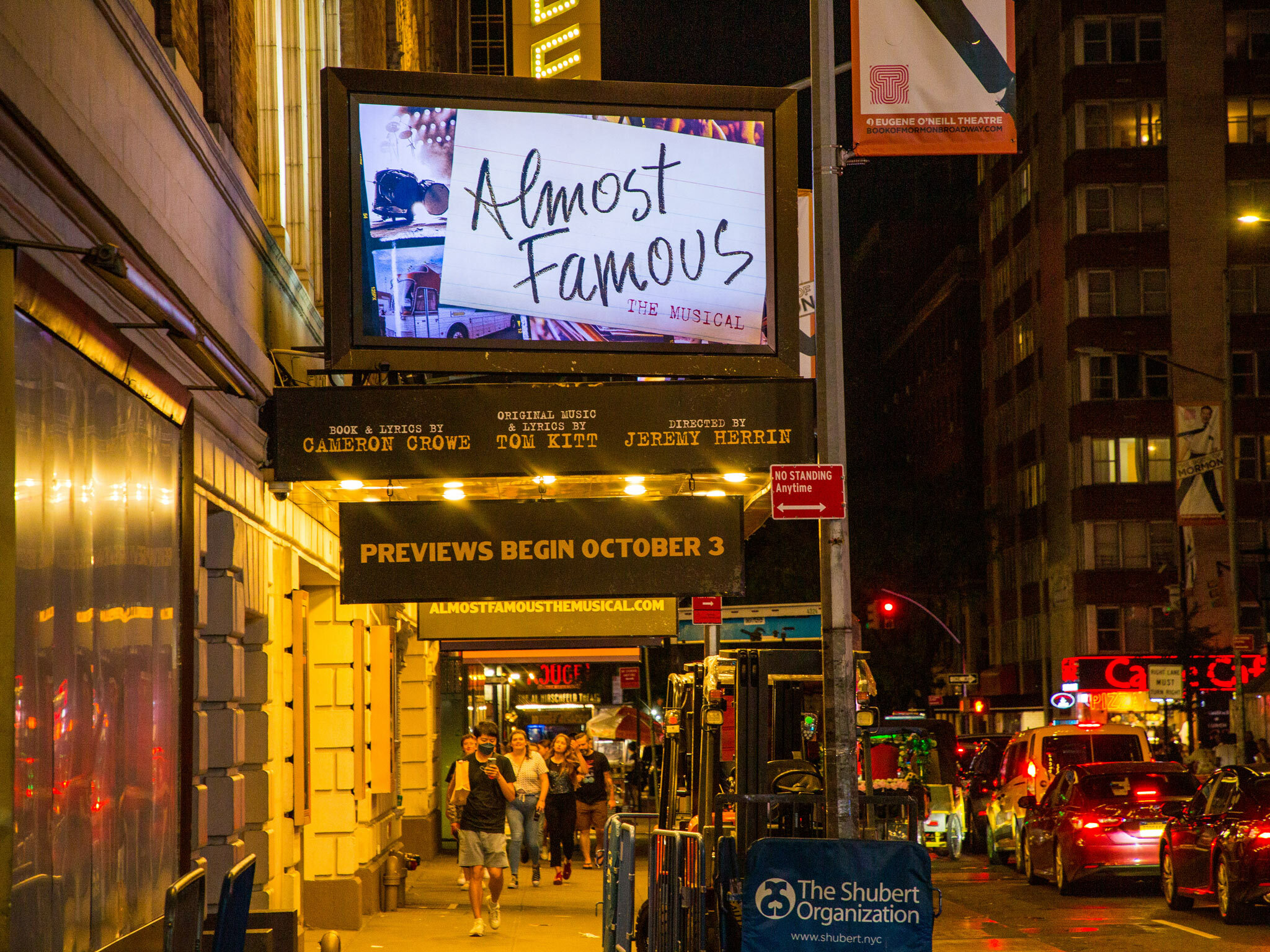