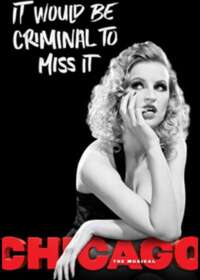 $27
These tickets are sold when the show is sold-out

Chicago is the sexy, sensational show that is set in its namesake city during the mid-1920's when the mob and liquor reigned supreme. The show is a timely satire on judicial corruption and features the concept of the "celebrity criminal"

Originally premiering on Broadway in 1975, this outstanding revival production has been running continuously on Broadway since 1996. With a book by Fred Ebb and Bob Fosse, music by John Kander, and lyrics by Fred Ebb, this show is classic contemporary Broadway. A film based on the musical was released in 2002 and won much acclaim, igniting a string of popular musical to movie adaptations in its wake.

Chicago opened on November 14, 1996, at the Richard Rodgers Theatre/ This is the same theatre where the original production had played in 1975. On January 29, 2003, more than six years into its run, Chicago moved to the Ambassador Theatre, where it has played ever since.

The show chronicles the tribulations of the two anti-heroines both accused of heinous murders. Both women find themselves in the same prison, vying against one another for the attention of smooth-talking lawyer Billy Flynn while capitalizing on their pseudo-celebrity like notoriety and infamy their actions have garnered them. The show is a non-stop romp of sexual intrigue, spectacular pizzazz, and hilarious storytelling.

Chicago tells the timeless tale of the insatiable lure of fame and the questionable lengths that people will go to, for their own 15 minutes of fame.

Pamela Anderson Makes Her Broadway Debut in Chicago in 2022

The former “Baywatch” star and plays Roxie Hart from April 12, 2022 through June 5, 2022. Her Broadway is being recorded for an ambitious Netflix documentary about her path to Broadway.

Anderson, who is a Canadian-American actress had previously spoken about her love of Bob Fosse‘s & Gwen Verdon‘s work. This opportunity is a perfect fit for her.

No discount tickets will be available during the time that Anderson is appearing in the show.

Anderson originally became famous through her modelling career in Playboy magazine in 1990. Her acting and comedic talents got her on the ABC comedy series Home Improvement. She then used that fame to get a role on action-drama TV series Baywatch, that further cemented her status as an international sex symbol.

The Pamela Anderson and Tommy Lee sex video also helped propel her career rather than hinder it. Anderson has also appeared in a number of B-Movies, but Hollywood never loved her as much as TV and movie success has eluded her.

Towards the end of her career, Anderson attempted to stay in the public vernacular by appearing in many TV reality shows and a lot of activism with PETA, which has further engaged her career death spiral.

Stunt Casting at Chicago on Broadway

The role of Roxie Hart in Chicago on Broadway is part of a stunt-casting format that this show uses to generate interest in the long-running show that has been on Broadway since 1996. Some of the non-Broadway celebrities that have appeared in the show in various roles have included cabaret legend Liza Minelli, model Christie Brinkley, daytime TV show host Jerry Springer and actor Taye Diggs.

Discount tickets at these times of stunt casting have been available, but some A -List celebrity stunt-casting has kept the ticket pricing artificially high and a lack of discounts.

This long-running Broadway show incorporates classic Fosse choreography and contains a multitude of familiar tunes such as “All That Jazz,” “Cell Block Tango,” “Razzle Dazzle,” “When You’re Good to Mama,” “Mr. Cellophane,” “I Can’t Do It Alone,” “Nowadays” and ‘”Funny Honey,” just to name a few.

The story centers on Roxie Hart, who murders her husband after catching him cheating on her, and then goes to Cook County Jail where she meets fellow murderess Velma Kelly. She also meets the corrupt matron of the prison “Mama” Morton. Roxie hires a lawyer named Billy Flynn who specializes in such cases, and who usually wins by winning over the press.

Is Chicago Good for Kids?

Purchase the Broadway Discounts Guide to get details on how to get Lottery and Rush Tickets Tonight (if available) for Chicago. 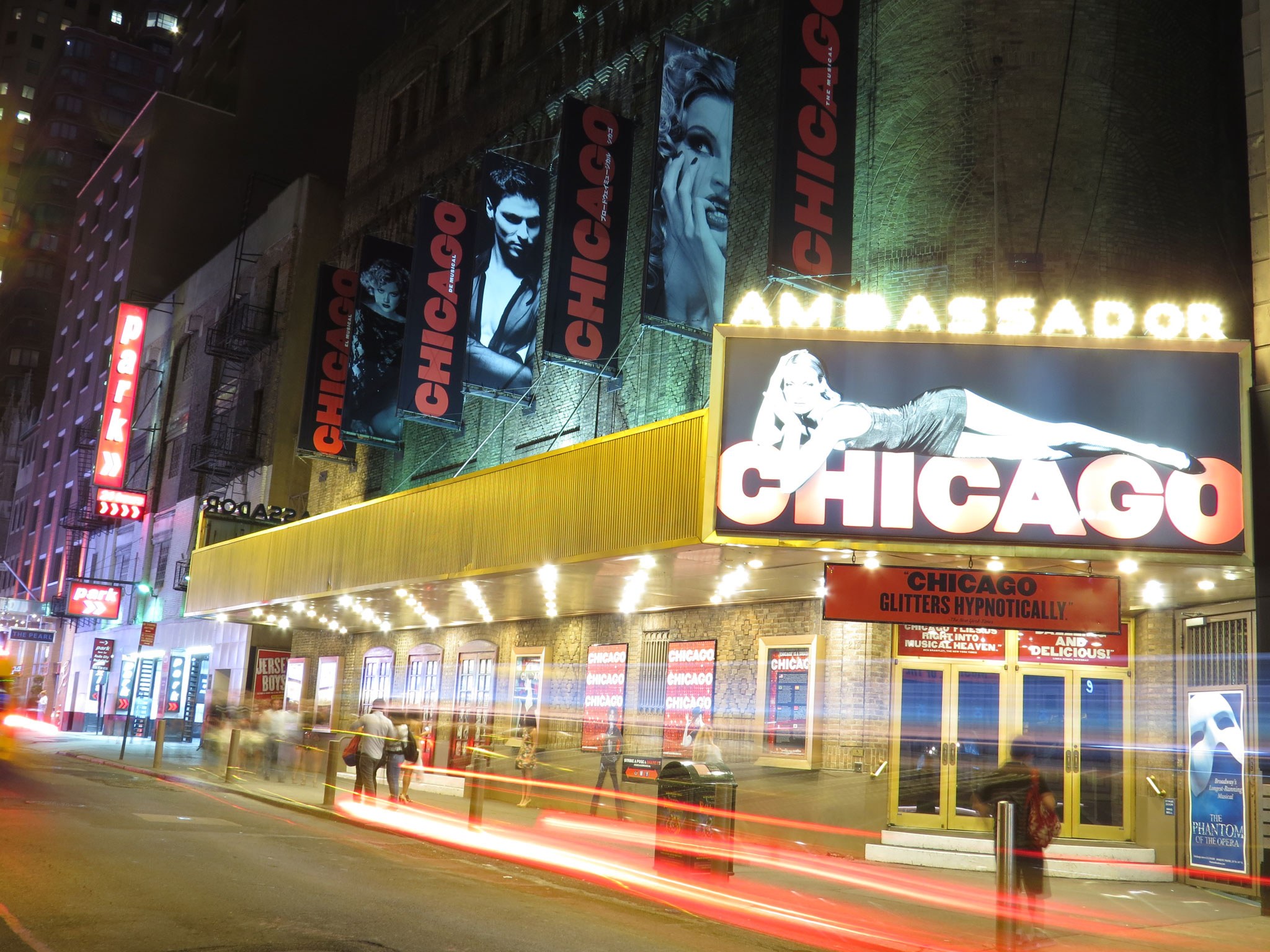