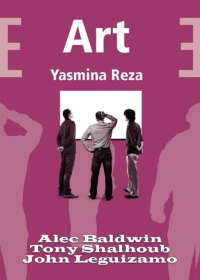 The translated French-language comedic-play raises questions about the true meaning of art and examines the friendship between three long-time friends.

Alec Baldwin is set to make his return to acting this season albeit through this Broadway show. The actor has not performed since the the fatal 2021 shooting of cinematographer Halyna Hutchins during filming of the indie movie “Rust” in New Mexico.

Baldwin was both the lead actor and producer on that movie. Baldwin was holding an on-set gun loaded with live ammunition that went off that killed Hutchins during filming.

Federal Charges Against Baldwin May Materialize

New Mexico’s Office of the Medical Investigator concluded in August 2022 that the shooting was an accident. Baldwin claimed he did not pull the trigger. A conflicting FBI report, however, said the trigger must have been pulled by Baldwin. Prosecutors have not determined if charges should be filed, leaving this show opening in jeopardy.

Art is a French-language play by Yasmina Reza that premiered in 1994 at Comédie des Champs-Élysées in Paris. The play subsequently ran in London in 1996 and on Broadway in 1998. This production is performed in English.

The play is not divided into acts and scenes in the traditional manner, but the show does fall into 17 sections. Some of these sections are dialogues between two characters, several are monologues where one of the characters addresses the audience directly, and one is a conversation among all three.

At the beginning and end of the play, and for most of the scenes set in Serge's flat, the large infamous white painting is on prominent display.

Serge indulges his love of modern art when he buys a large, expensive, but completely white painting. His friend Marc is horrified at the purchase, and their relationship suffers considerable strain as a result of their differing opinions about what constitutes "art".

Their mutual friend Yvan, is caught in the middle of the conflict, when he tries to please and mollify both of them.

Is Art Good for Kids?