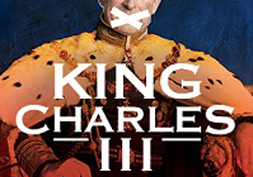 This past week, King Charles III had its opening night performance at the Music Box Theatre. The show had been running in previews since October 10, 2015, following a successful and critically acclaimed run in London. The play is presently scheduled to run for a limited engagement until January 31, 2016. The subtitle of the play is “A Future History Play,” as it deals with a hypothetical future situation in which Queen Elizabeth II has passed, and her successor is her son Prince Charles, thereby named King Charles III. A number of crises soon erupt, the first of which focuses on a new bill that involves statutory regulation of the press. It has already passed in the House of Commons and the House of Lords, and is waiting for Charles to sign it into law. However, he hesitates due to the restrictions the bill would place on the freedom of the press. He begins to hold his weekly audience with the Prime Minister, this being the subject of the recent Broadway show The Audience, and also starts a new tradition of holding a weekly audience with the Leader of the Opposition. Tensions rise as the ghost of Princess Diana appears, and Charles’ brother William becomes a threat for the throne.

A String of Excellently Enthusiastic Reviews 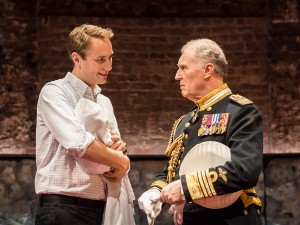 In a production directed by Rupert Goold, this play by Mike Bartlett received absolutely rave reviews from press outlets far and wide. Ben Brantley from The New York Times loved King Charles III, calling it “flat-out brilliant” and “dazzlingly presumptuous,” enjoying Tim Pigott-Smith’s fully fleshed performance and the Shakespearean ambitions of the production. David Cote from Time Out New York also loved the show, calling it “audacious” and “madly engaging,” remarking that he is impressed with the fact it is in verse. David Rooney from The Hollywood Reporter found the show “ingenious” and praised it as a “ballsy faux Shakespearean exercise,” and calling it an ideal companion piece to last season’s The Audience. Steven Suskin from The Huffington Post makes strong comparisons to Shakespeare, calling Charles a Hamlet at the beginning and a King Lear at the end, and comparing the ghost of Diana to one of the three weird witches in Macbeth. Mark Kennedy from the Associated Press was also enthusiastic about the show, calling it “vibrant and thrilling” and calling it a side joy to spot the Shakespearean references.

Room for Improvement in Box Office

Though the critics are unanimous in their praise of this play, King Charles III still has work to do to prove to audiences that this is a ticket worth buying. In the last reported week of box office figures, the week ending November 8, 2015, the figures reflect the first week in which ticket buyers had seen these reviews, and the increase was substantial. However, it was still not by any means a bulls eye. This past week, the box office gross was $625,434, representing 62.74% of its gross potential. This was an increase of $219,743 from the week before. With a top ticket price of $225.00, the average paid admission was $96.89, and the average audience capacity was 82.6%. This will hopefully be a case in which word of mouth just needs time to spread, as the outstanding reviews should ideally warrant much higher box office figures. However, the world of Broadway and money is not always fair, and without an A-list star on the marquee or a recognizable title, this may continue to be a tough sell.

Into The Woods
Tickets from $50

The Lion King
Tickets from $35
END_OF_DOCUMENT_TOKEN_TO_BE_REPLACED