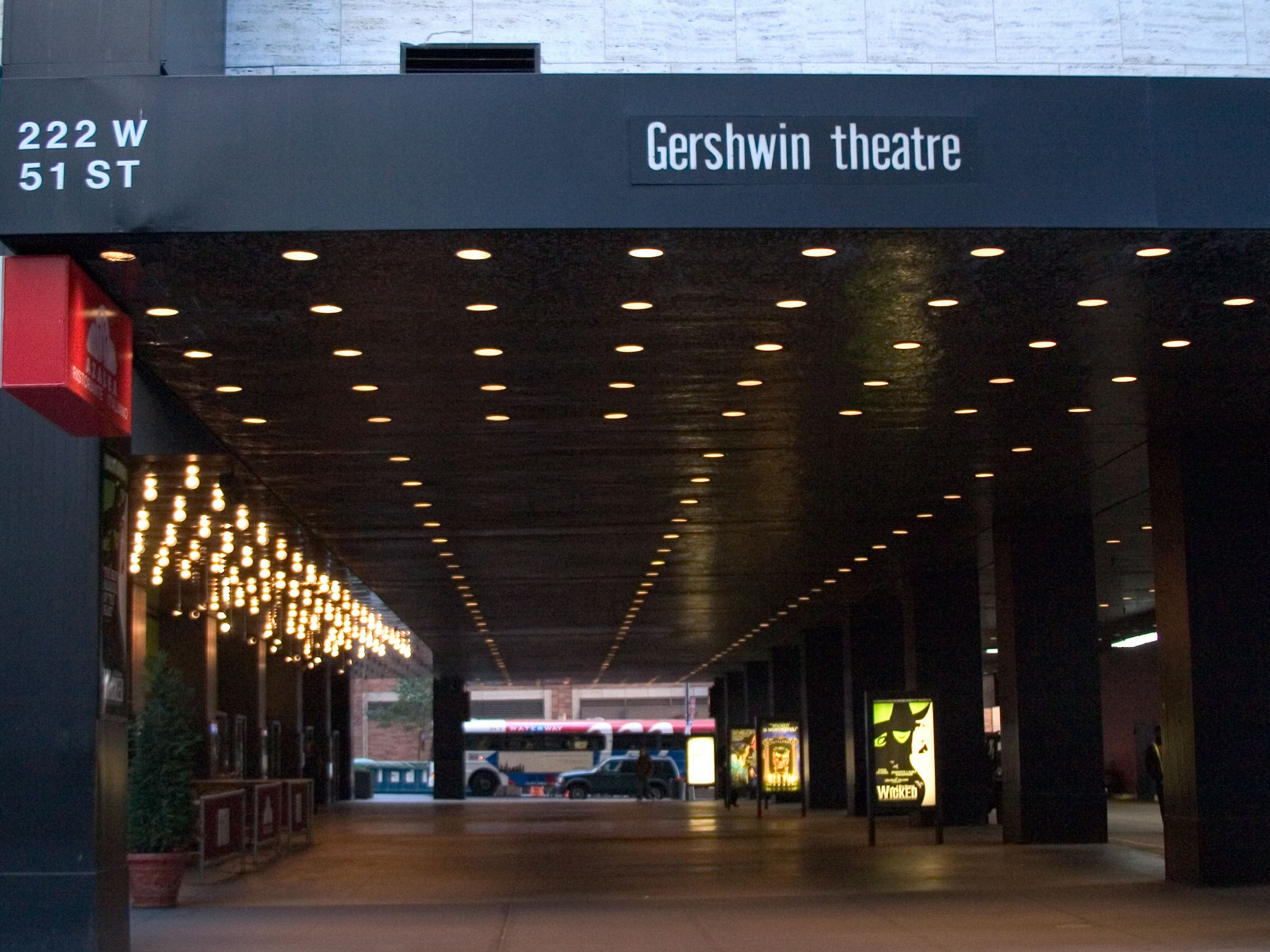 The stage setup for the Gershwin's current show, Wicked, is rather high, meaning that the front rows BB to EE have poor sight lines.

A higher position, ideally the front mezzanine, is better if you want to get the full effect of any show in the Gershwin Theatre. 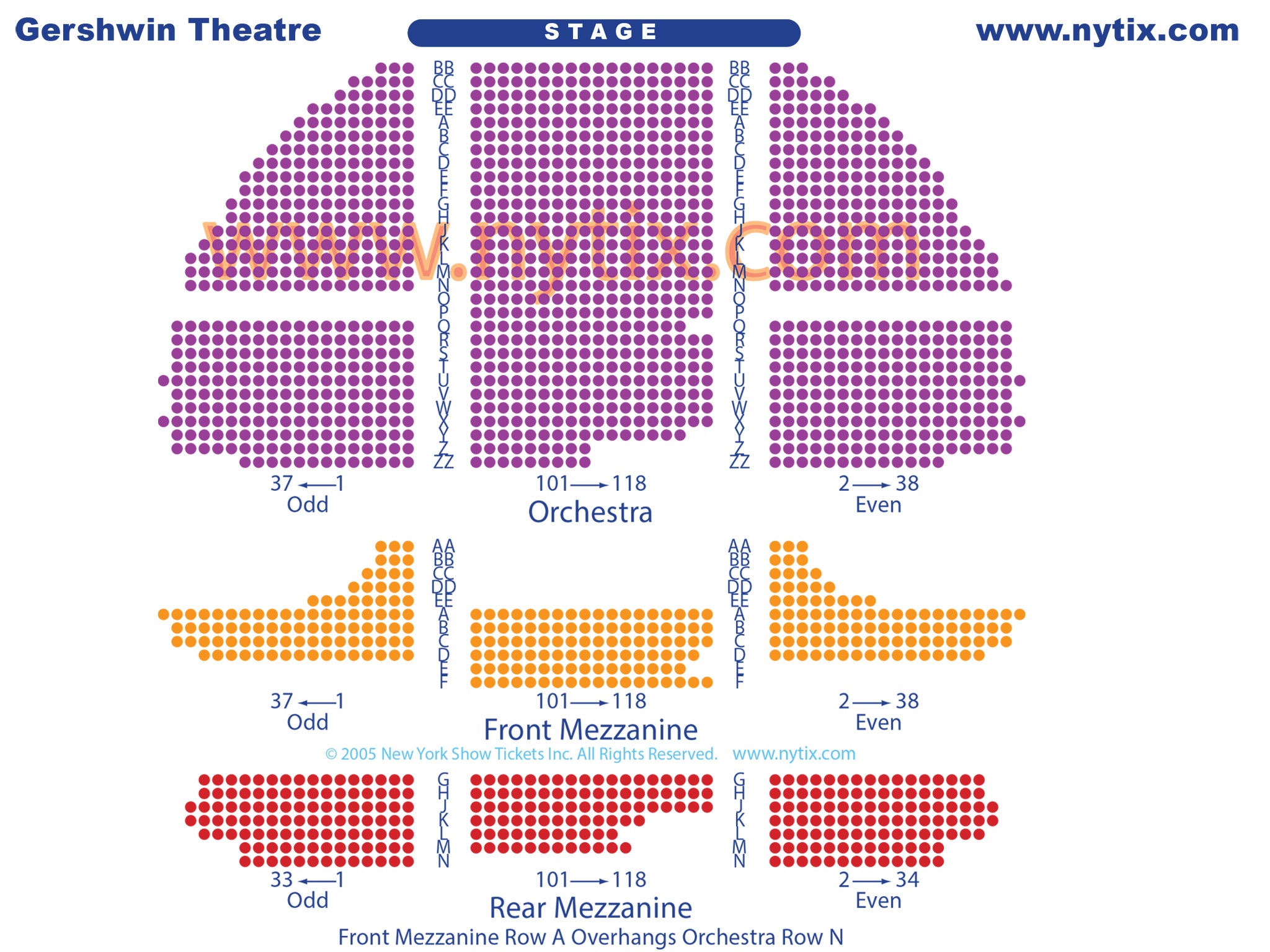 The closest parking garages for Gershwin Theatre are located at:

Notable past productions at the Gershwin Theatre include Via Galactica, Seesaw, Gigi, Treemonisha, Bing Crosby on Broadway, Sweeney Todd, The Pirates of Penzance, Singin' in the Rain, Starlight Express, Meet Me in St. Louis, and Wicked.

The Gershwin has also had the wonderful habit of hosting revivals of musicals in which the original stars returned to play the memorable roles that they created, like Yul Brynner in The King and I, Rex Harrison in My Fairy Lady, and Angela Lansbury in Mame.

The Gershwin Theatre is the largest theatre on Broadway as it seats 1900 people, which is a huge amount of people for a Broadway show.

This means that this theatre only works for large musical productions. Shows need to well financed and have staying power to make this huge theatre hum.

Wheelchair accessible seating can be located in the rear of the third floor orchestra and fourth floor mezzanine sections. Neither of these locations require steps and can be accessed via the main lobby elevator.

Theatre staff will be available to help any patrons who require assistance to reach their seats. 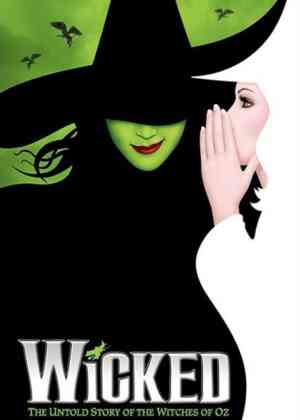 The prequel of The Wizard of Oz where Elphaba becomes the Wicked Witch of the West. Based on the 1995 original novel by Gregory Maguire. …more
Get Tickets 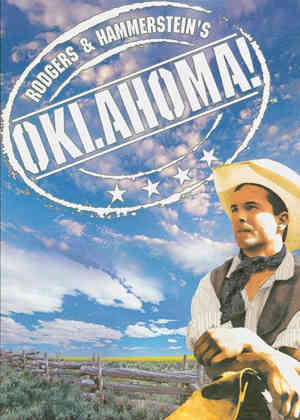 This theatre is big, big, big!

Mention the Gershwin Theatre, and the word "Enormous!" is the first thing a theater regular will have to say about it. At 1,900 seats, the Gershwin is the largest of the Broadway theaters, but it's not just the seating capacity that makes it seem so mammoth.

Built into what was once known as the Uris Building (the theater, too, was called the Uris when it opened), the Gershwin Theatre takes up six stories. From the entrance lobby, you have to take an escalator up just to get to the orchestra level.

The Gershwin Theatre opened as the Uris in 1972 and, on account of its colossal size, has been used almost exclusively for musicals since that time. For a period in the mid-'70s, it also was frequently used for booking concert and dance acts, such as Sammy Davis, Jr., Johnny Mathis, Rudolf Nureyev, Dance Theatre of Harlem, and Frank Sinatra.

The house was dubbed the Gershwin Theatre on June 5, 1983, in honor of the famous brothers George and Ira Gershwin, who created such classics as Of Thee I Sing and Porgy and Bess.

The Gershwin Theatre, designed by architect Ralph Alswang, is not much to look at from the outside.

Buried inside 1633 Broadway (which also accommodates the Circle in the Square Theatre), it is like a great big parking garage of a theater. It is accessed by way of a tunnel that connects 50th to 51st Street, which functions as a promenade of sorts, giving showgoers ample space to congregate before the show.

Of course there is also ample -- and more attractive -- space to mingle upstairs in the main lobby. Check out its special Theatre Hall of Fame, a beautiful rotunda that features the names of Broadway's finest memorialized on the walls.