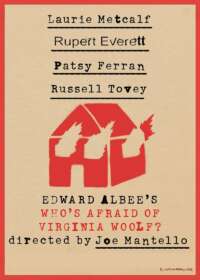 An alcohol-fueled deep dive into a bitter middle-aged couples’ marriage problems that have been tucked under the rug for many years.

This time around esteemed actors Rupert Everett and Laurie Metcalf take on the lead roles playing George and Martha respectively. Everett is a handsome British born actor who is most known for his leading role in the Oscar Wilde film An Ideal Husband. Where he was nominated for the Golden Globe Award for “Best Actor in a Motion Picture” and played the rich, ladies man and casanova, Lord Goring.

Everett also played the voice of Prince Charming in the popular DreamWorks movies, Shrek 2 and Shrek The Third. Everett has performed on Broadway once before as the lead character Charles Condomine in Blithe Spirit the Broadway Revival in 2009. Metcalf is also very accomplished herself, having won two Tony’s and three Primetime Emmy Awards for her supporting role in TV’s sitcom Roseanne where she played Jackie Harris Rosanne’s younger sister.

Who’s Afraid of Virginia Woolf? has been performed numerous times around the world in many cities including London, Toronto, Guadalajara, and of course New York. This is the fourth Broadway revival of the show since its inception in 1963, which demonstrates how relevant the themes are and how well liked this show is. Critics agree that the best depiction of the characters was achieved by Richard Burton and Elizabeth Taylor in both the movie that was released in 1996.

Who’s Afraid of Virginia Woolf? closed down when all the other Broadway theatres went dark on Thursday March 12th, 2020 due to the deadly Coronavirus that had infected NYC. The date of March 12th 2020, was forever marked in Broadway history when New York State governor, Andrew Cuomo, banned all gatherings of 500 people or more congregating together, which specifically shut down the entire Great White Way.

He canceled all large events due to the rising fears of the virus which began to spread and infect people in NYC at a very rapid rate. Who’s Afraid of Virginia Woolf? initially began its in-preview performances on March 3rd, 2020 and only got the chance to perform the show nine times because the last in-previews show was held on the evening of Wednesday March 11th, 2020. The show was officially cut short by the show’s producers, Scott Rudin, Barry Diller and David Geffen, to abide by the rules made by the state governor and also to save their financial investments.

The production was originally scheduled to have its red-carpet premiere on April 9th, 2020 and then run through August 2nd, 2020.

This three act play takes place in the living room of an unhealthy and scornful middle aged couple, George and Martha. The show follows the unhappy couple and their vindictive games and arguments as they return home from a faculty party at George's University. Joined by another couple, Nick and Honey we immerse ourselves into their crazy alcohol-infused night uncovering secrets of marital issues and failures that have been haunting the troublesome couple for years.

Is Who’s Afraid of Virginia Woolf? Good for Kids?

This show is not suitable for kids under the age of 16 due to the sexual topics and adult nature of the show. Alcohol abuse and violence is rife in this show. 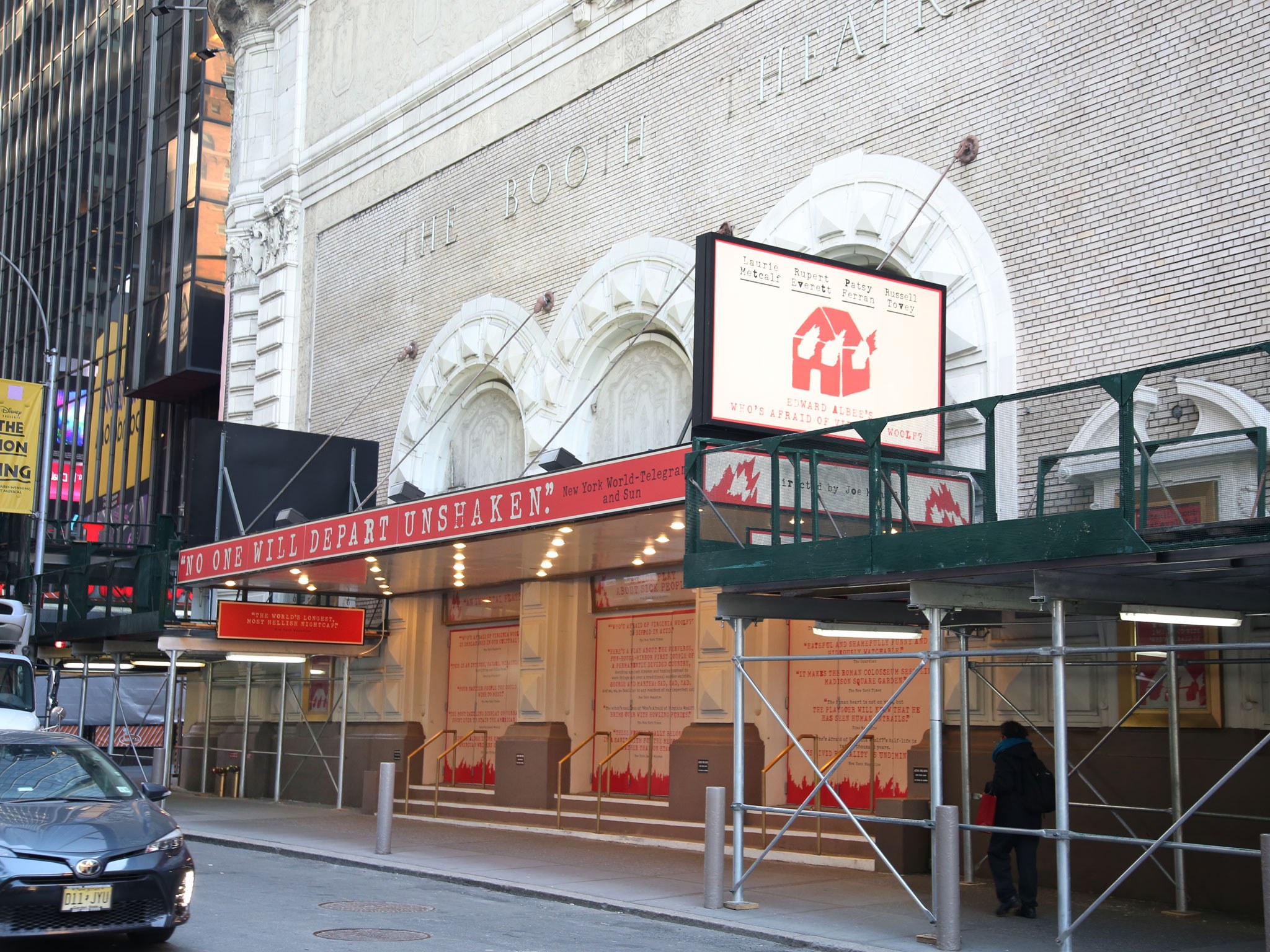