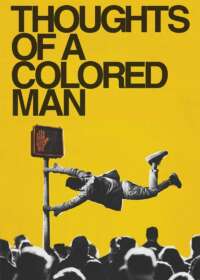 Thoughts of a Colored Man

Thoughts of a Colored Man on Broadway Show Information and History

Thoughts of a Colored Man Summary

Modern story of a crew of black men in Brooklyn, NY, who are trying to make the most of themselves and set a good example for the younger generation

Thoughts of a Colored Man on Broadway Background

Thoughts of a Colored Man makes its Broadway debut.

Thoughts of a Colored Man was workshopped and developed at The Arena Stage, in the historic New York Theatre Workshop, for private readings before it held its world premiere at the Syracuse Stage at the Syracuse University in early 2019. The show did remarkably well and was then asked to perform at the Baltimore Center Stage later in 2019.

While this show is a Broadway debut for both Scott and Broadnax, the play has many seasoned Tony Award Winners and Broadway alumni helping to produce it, including Ron Simons, Diana DiMenna, Brian Moreland, Samira Wiley and Sheryl Lee Ralph.

While the show is technically called a play, the story is told by blending strong music beats, spoken word slam poetry and dancing to display the experiences. The main crew in focus are seven black men who are living in Brooklyn, New York in current times.

The entire story takes place in a single day, much like a Greek tragedy in this regard. However, the play is different from a Greek tragedy in many other ways as the story contains scenes of rhythm and rhyme battles at basketball courts and having fun, dancing in the streets and being rowdy at the local barbershop.

While these aspects of the show are memorable and enjoyable, the real essence of the show is to shed a long awaited light into the hearts and minds of a community of men who are attempting to become the most triumphant versions of themselves.

Is Thoughts of a Colored Man Good for Kids?

This play contains discussions of adult behavior such as sex, drugs, and violence, profanity and racial slurs. This show is not recommended for children under the age of 16.