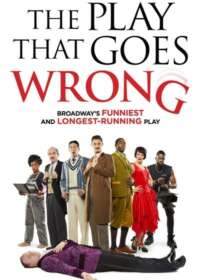 The Play That Goes Wrong

The Play That Goes Wrong on Broadway Show Now Closed

The Play That Goes Wrong Summary

Now hopping over the pond to Broadway, The Play That Goes Wrong transfers to the Lyceum Theatre with its cast intact from London.

The Play That Goes Wrong on Broadway Background

The director of the production, Mark Bell, travels with the show as well. The entire cast is making their Broadway debuts. The play was originally staged as a one-act over a pub in London, inspired by the co-writers experiences in drama school.

Written by Henry Lewis, Jonathan Sayer, and Henry Shields, the play has a cast that includes the three writers themselves, along with Matthew Cavendish, Byrony Corrigan, Rob Falconer, Dave Hearn, Charlie Russell, Greg Tannahill, and Nancy Zamit. The producers of the play include J.J. Abrams, the film writer, director, and producer behind such works as Star Wars: The Force Awakens, making his Broadway producing debut.

He is partnered with Kevin McCollum, the producer behind Something Rotten!, Rent, and Hand to God, among others, as well as Kenny Wax, Catherine Schreiber and Stage Presence, Ltd. When the chief New York Times theatre critic traveled to London to see the show before its transfer to Broadway was announced, he found it to be a surprising, gut-busting hit.

Since the beginning of last December, the London production of The Play That Goes Wrong has been playing to 100% sold-out houses, due purely to excellent word of mouth and critical acclaim. The show is a slapstick comedy, in the vein of Michael Frayn’s Noises Off, and also comparable to another recent transfer from London, One Man Two Guvnors, which had a healthy run on Broadway and subsequently paved the way for the U.S. career of James Corden, who now hosts "The Late Late Show" on CBS. The premise of the show is a group of hapless actors are attempting to stage a 1920s style murder mystery, and as the title suggests, everything goes wrong. The creators of this show are members of the Mischief Theatre Company, which actually has three shows running in the West End; in addition to The Play That Goes Wrong, there is also Peter Pan Goes Wrong and The Comedy About a Bank Robbery.

Is The Play That Goes Wrong Good for Kids?

The show is recommended for those ages 8 and up. Children under the age of 4 are not permitted in the theatre.

The Play That Goes Wrong Marquee 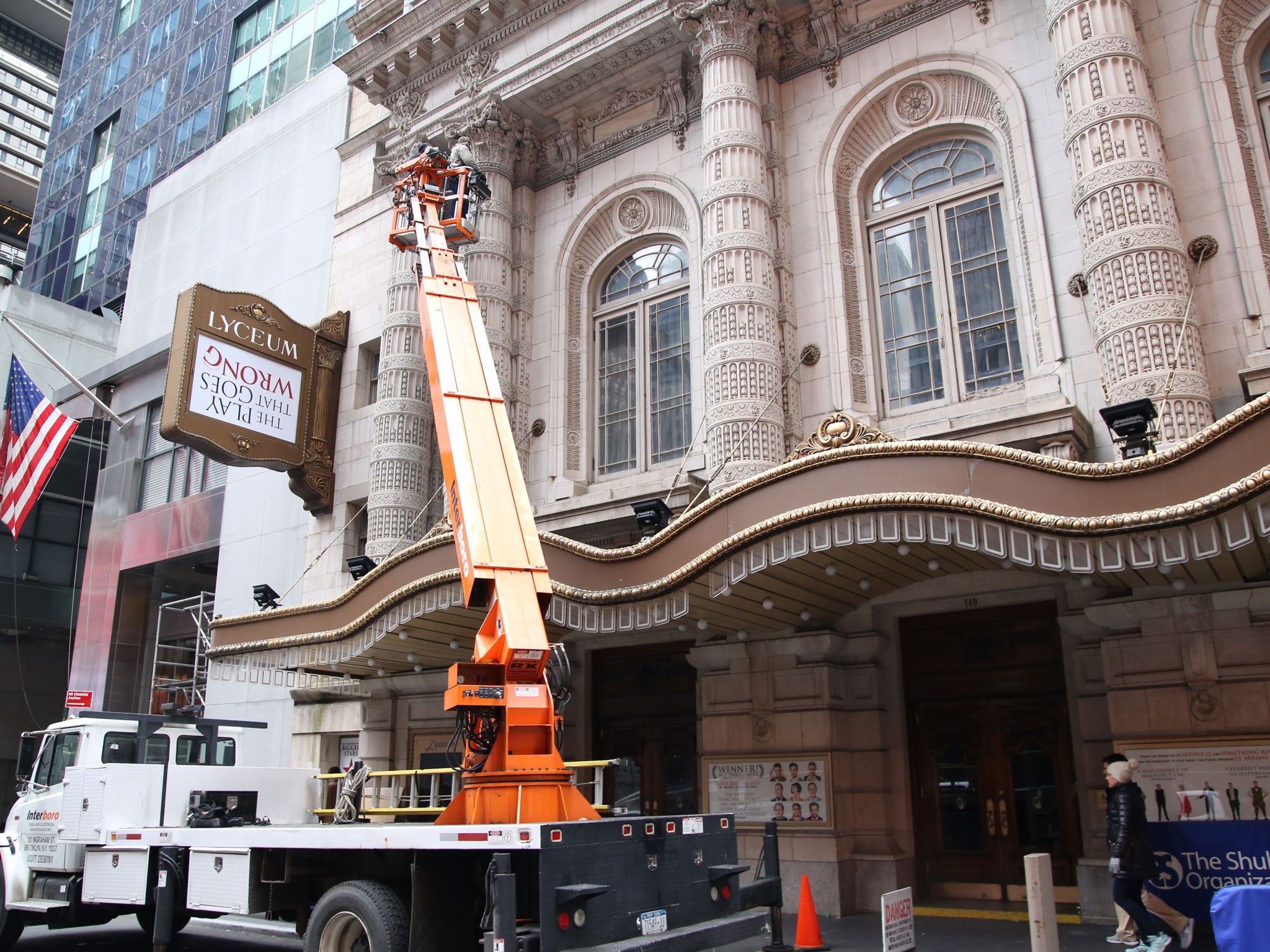