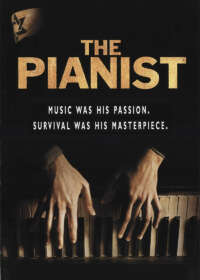 Tickets for Show: Opens in the Near Future

Based on the memoir by the Polish-Jewish pianist and composer Wladyslaw Szpilman, the show tells how he survived the German occupation of Warsaw in September 1939.

The Pianist on Broadway Background

Wladyslaw Szpilman was a Polish pianist and classical composer of Jewish descent who's story of survival was told in the 2002 Roman Polanski film The Pianist. The movie was adapted into a play with music for Broadway.

Developed from the 2002 Movie

Szpilman is widely known as the central figure in the lauded 2002 movie, which was directed by Roman Polanski. The movie was based on Szpilman's autobiographical account of how he survived the German occupation of Warsaw in September 1939, and then the ensuing Holocaust that took the lives of most of his family.

Szpilman was already a Polish celebrity prior to the war and was a featured soloist at the Polskie Radio. The movie came from the original book The Death of a City (original "Śmierć miasta") that was written by Wladyslaw Szpilman himself in 1945 and was then further elaborated on by Jerzy Waldorff in the late 1940's

Santino Fontana is Attached to Show

The Pianist features a score by Iris Hond and a soundscape enhanced by Atmos Dolby Surround Sound.

The show preview, opening and closing dates for this show are not confirmed. The theatre has not yet been announced.

A famous Polish Jewish radio station pianist, Wladyslaw Szpilman, sees Warsaw change gradually as World War II begins with the invasion of the Germans in September 1939. Szpilman is forced into the Warsaw Ghetto and is later separated from his family during Operation Reinhard.

Operation Reinhard was the codename of the secret German plan in World War II to exterminate Polish Jews in the General Government district of German-occupied Poland. This was the deadliest phase of the Holocaust and was marked by the introduction of extermination camps when burying the bodies of the innocent murdered citizens became "inefficient"

Szpilman Among the Ruins of Warsaw and His Family

From this time until the concentration camp prisoners are released at the end of the war in 1945, Szpilman hides in various locations among the ruins of Warsaw and we get to see his life, family and the destruction of the city of Warsaw through his eyes.

Is The Pianist Good for Kids?