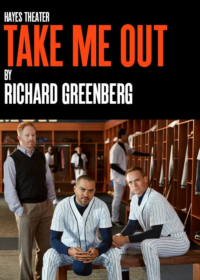 Discount Broadway Tickets For Take Me Out

Take Me Out Summary

Broadway revival from 2002 in which a gay, black baseball player comes out of the closet and both his team and the sport in general reveals its prejudices as the season progresses into November.

Take Me Out on Broadway Background

Show First Premiered on Broadway in 2002

First premiering on Broadway in 2002 Take Me Out is the story of a baseball team's rally towards a championship season and their struggles with off-the-field factors along the way.

Broadway plays and musicals about sports often do very poorly on the Great White Way. There are a litany of fallen shows with solid sports themes that have met with great critical reception, but have been box office disasters.

This show attempts to use prejudice against race and sexuality as its main theme and may well do better in the box office as it speaks to topics that are experienced every day in the gay and black communities. To be black and gay has to be a great challenge, but to be playing in a sport that is inherently prejudice is beyond comparison.

Mobile Phones are Banned at this Broadway Show Due to Nudity

This show is requiring patrons to seal their phones in Yondr pouches throughout the performance. This Broadway production includes male nudity, and this step (in theory) prevents patrons from photographing the unclothed actors.

This step does introduce a new problem that when a phone does inadvertently ring, the phone owner cannot get to it to switch it off and it will keep ringing and interrupting the show much to the chagrin of the naked actors on stage.

Take Me Out Returns to Broadway at a New Theatre

Take Me Out returns to Broadway for a second time on Broadway in 2022, but this time at the Gerald Schoenfeld Theatre. The play will begin performances on Thursday, Oct. 27, 2022 and will run for a 14-week limited run till February 5, 2023.

The production’s cast includes Jesse Tyler Ferguson and Jesse Williams, both of whom were nominated for a 2022 Tony Award for "Best Featured Actor in a Play", with Ferguson ultimately winning the award.

The revival, directed by Scott Ellis, previously ran at the Hayes Theater from March 10 through June 11, 2022 and was nominated for 4 Tony Awards, and won the prize for Best Revival of a Play.

When the star center fielder of a top baseball team, Darren Lemming comes out of the closet mid-season, both the fans and players of the team reveal their own prejudice towards the situation.

Darren has to overcome what it’s like to be a gay African American baseball player. On his journey, he struggles with hostile teammates, friends, and fans.

Darren, his teammates, and fans must all come together to have a successful baseball season all while questioning tradition and loyalty to the sport and to the country.

Is Take Me Out Good for Kids?

The show is recommended for children ages 16 and older. There is adult male nudity in this show.

Take Me Out Marquee 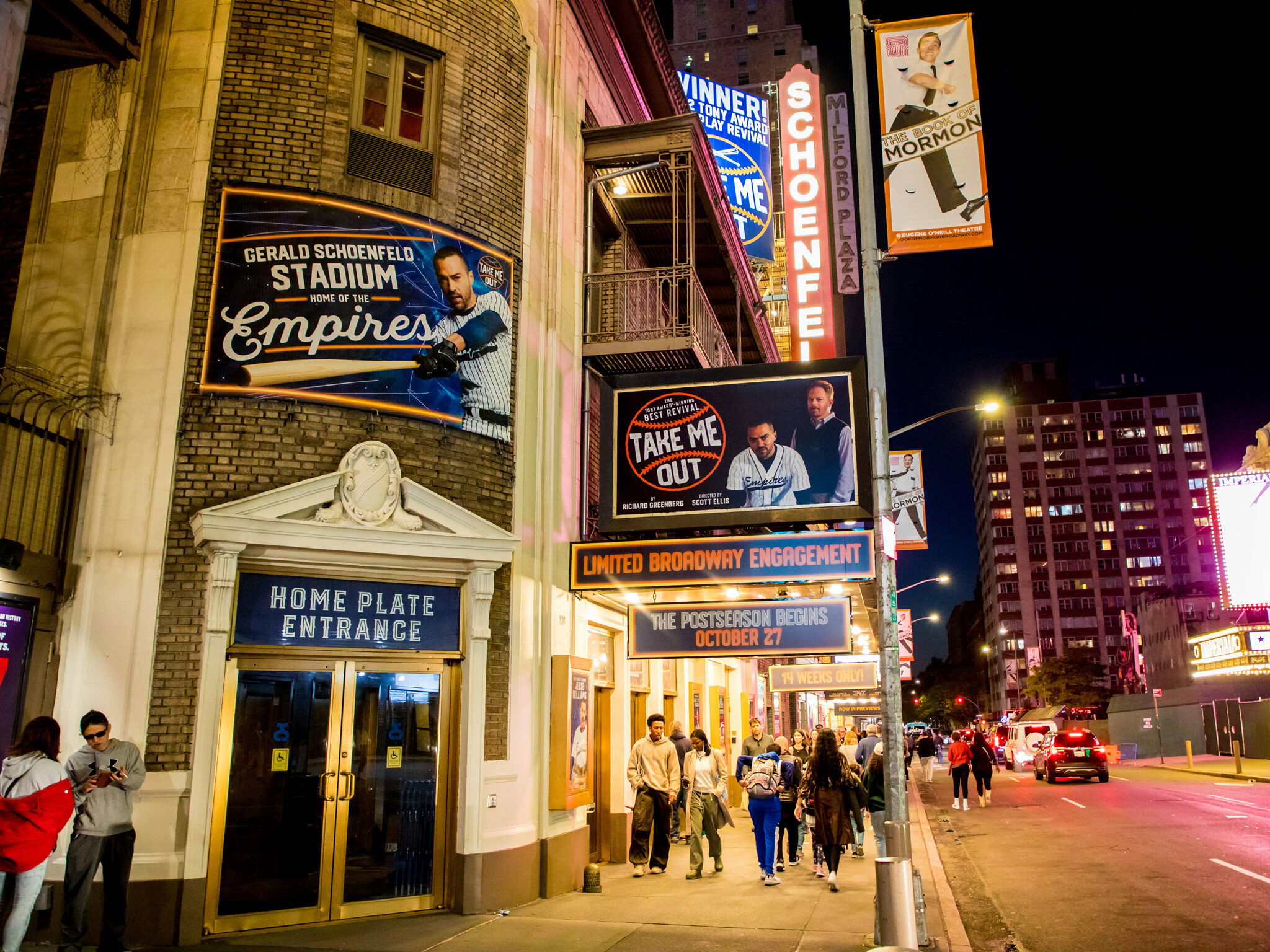