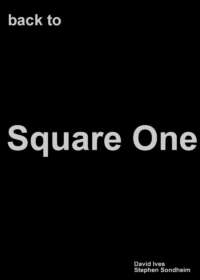 Discount Broadway Tickets For Square One - This Show Is Now Shelved

Broadway musical penned by David Ives and Stephen Sondheim and based on films by Luis Buñuel, the Exterminating Angel and The Discreet Charm of the Bourgeoisie

Square One on Broadway Background

With Broadway legends Nathan Lane and Bernadette Peters already attached to the latest Stephen Sondheim and David Ives production Square One, Broadway interest in this show has been piqued.

Sondheim and Ives also collaborated on Francophile which is a blend of other Luis Buñuel films The Exterminating Angel (1962) and The Discreet Charm of the Bourgeoisie (1972), which both share a common plot-point.

This show is a scathing commentary on the bourgeoisie in Franco’s Spain. The irony is that the word "Francophile" is actually social commentary about France, not Spain at all, which underlines the duo's dark humor on the matter. The Broadway musical Square One borrows heavily from the previously shelved show and the latter development.

Others see the show as a scathing attack on the modern bourgeoisie of The Hamptons, NY or Malibu, CA where excess, mediocrity and materialistic values reign supreme.

The show is a blend of the two Luis Buñuel movies The Discreet Charm of the Bourgeoisie and The Exterminating Angel.

The first act is based on Discreet Charm where there is a group of rich people trying to find a place to have dinner. They run into all kinds of strange and surreal things that often do not make sense, as if in a nightmare.

The second act is based on Exterminating Angel' where they finally find a place to have dinner, but then they can’t get out, no matter what they do.

Is Square One Good for Kids?

This show is not good for children due to its adult content. The recommended minimum age is 16