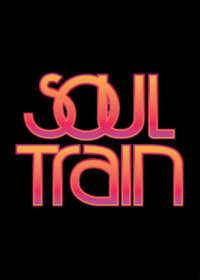 The musical Soul Train is based off the hit music variety TV show of the same name which first aired on October 2, 1971 and was known as one of the first television shows to showcase black musicians.

Soul Train was created by Don Cornelius, a radio announcer who wanted to bring soul music and R&B to American television. Soul Train was an immediate success and the show quickly moved from its local channel in Chicago to a national broadcast based in Los Angeles. Over the years Soul Train broadcast 1,117 episodes and hosted music legends like Aretha Franklin, Michael Jackson, and Stevie Wonder. Cornelius stepped down as host after 22 years in 1993.

The TV show continued with three more hosts before a decline in ratings forced the show’s cancellation on March 27, 2006. Ahmir “Questlove” Thompson, one of the front men of the Grammy award winning hip-hop band The Roots, serves as executive producer for the Broadway version of Soul Train. In 2013, Questlove wrote the book Soul Train: The Music, Dance, and Style of a Generation which discussed the cultural legacy of Soul Train. Don Cornelius’s son, Tony Cornelius, also serves as a producer on the show.

The Broadway show is written by playwright Dominique Morisseau, who recently authored the book for the 2019 Broadway hit show Ain’t Too Proud. The show is directed by Kamilah Forbes, known for directing Meet Vera Stark, and is choreographed by Camille A. Brown, who worked on the choreography for Broadway revival of Once on This Island. The show’s 2021 Broadway premiere commemorates the 50th anniversary of the 1971 television debut of Soul Train.

The Broadway version of Soul Train focuses on the story of the television show’s creator and host Don Cornelius, and features over 20 hit songs from the time period. Cornelius struggles with early life challenges of abject racism and poverty. When he decides to make the Soul Train TV show everyone is against him and it appears predetermined that the show will be a disaster.

When the newly minted TV show hits the big time, Cornelius decides to make all his enemies eat humble pie and makes sure that they are never allowed on set. He builds on the show's success over the years and fosters relationships with big stars. Cornelius develops a whole new genre of TV show that is then copied across other networks.

Due to ill-health, Cornelius leaves the show in 1993, but the show’s momentum and spirit keeps it going on until 2006, which is when the royalty checks finally dry up. Cornelius falls into a deep depression coupled with his dementia that leads him on a path to commit suicide, to end his pain and suffering.

In the final scenes of the show we see many famous names in the showbiz world lament his passing and finally give him on obituary worthy of the man that brought R&B and Soul into the homes of all middle-class Americans and whose lives he had touched in many ways.

Is Soul Train Good for Kids?

Soul Train is appropriate for children over 10 years old. The show deals with difficult themes that include a reference to domestic violence.