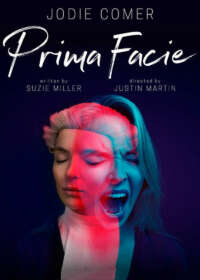 The play is written by Suzie Miller the show ran in Harold Pinter Theatre, West End, London for 9 weeks. The production opened on April 27,2022 and played through June 18, 2022. Suzie Miller is a former human rights and children’s rights lawyer.

Critics praised Comer for her breakneck performance in this emotionally demanding role that, under Justin Martin’s busy staging, is often quite physical.

The show calls for the lead actor to often be quite physical by leaping onto furniture and portray being the victim of a sexual assaulted by a colleague. There is also a brief onstage rainstorm and she tells the story of working her way up from her rough-and-tumble working-class origins to being a top-flight attorney.

Jodie Comer makes her Broadway debut in this show and it comes after Comer recently wrapped up her Emmy-winning and much-lauded role on the twisty BBC America thriller “Killing Eve”. The Q rating of Comer is on the rise as she now takes this show stateside.

The show preview, opening and closing dates are not confirmed. The theatre has not yet been announced.

Tessa is a thoroughbred lawyer. A young, but impressive attorney who loves to win. She has worked her way up from working class origins to be at the top of her game; defending, cross examining and lighting up the shadows of doubt in any case.

An unexpected and dramatic event in her life forces her to confront the lines where the patriarchal power of the law, burden of proof and morals diverge.

Is Prima Facie Good for Kids?

With violence and rape being a big part if this show, it is not suitable for children under the age of 16