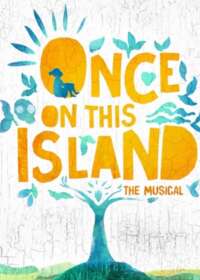 Once On This Island

Once On This Island on Broadway Show Information and History

Once On This Island Summary

A Broadway musical with book and lyrics by Lynn Ahrens and music by Stephen Flaherty. The musical uses the style of a Caribbean folk tale about love.

Once On This Island on Broadway Background

The show was first produced in 1990, first Off-Broadway at Playwrights Horizons, and then transferred to Broadway’s Booth Theatre, where it ran for over a year until the end of 1991. The musical is based on the novel My Love, My Love, written by Rosa Guy, which is set in the Caribbean, specifically the French Antilles archipelago.

The story centers around a Caribbean girl named Ti Moune, a peasant who brings people together of different social classes using the power of love. It has elements of Romeo and Juliet, and also elements of The Little Mermaid fairy tale by Hans Christian Andersen. When Once On This Island played the West End in 1994-5, it won the Olivier Award for Best New Musical.

The show was revived for a one-night only special performance on Broadway in 2002 at the Winter Garden Theatre, and this production marks its first full Broadway revival. Once On This Island is a very exciting show to catch on Broadway this season.

The revival of Once On This Island is directed by Michael Arden, who was also the director of the 2015-16 Deaf West production of Spring Awakening on Broadway. Arden has spoken about his excitement in bringing this majestic piece of musical theatre back to Broadway, which demonstrates how love can conquer the walls between people with a beautiful score and moving story. This production also revolutionizes the orchestration of this musical, making the human body more of an instrument in the songs through vocal orchestrations. The excellent creative team includes Camille Brown as the choreographer and Dane Laffrey as the set designer.

Lynn Ahrens and Stephen Flaherty are the same composing duo behind Anastasia, as well as prior musicals including Ragtime, Seussical, and Rocky.

Is Once On This Island Good for Kids?

The show is most appropriate for children ages 10 and above. Children under the age of 4 will not be permitted in the theatre.

Once On This Island Marquee 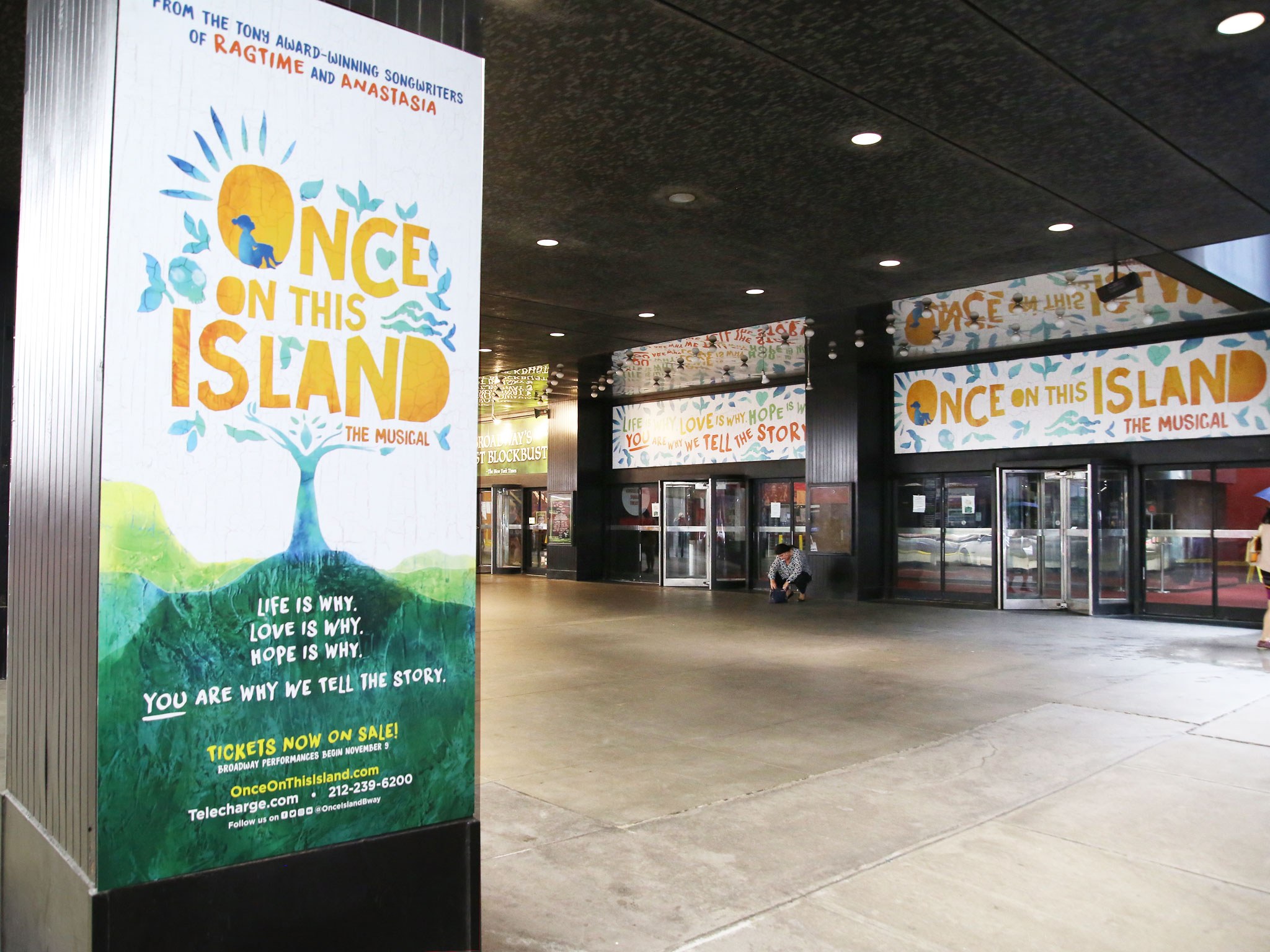