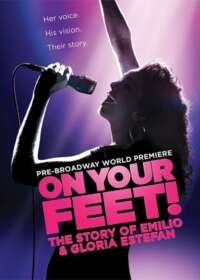 On Your Feet on Broadway Show Information and History

On Your Feet Summary

On Your Feet! is a new musical inspired by the work of Gloria Estefan, in addition to her husband, the record producer and entrepreneur Emilio Estefan. The score (both music and lyrics) is credited to Gloria Estefan and Emilio Estefan, and the book is also based on the life story of this couple. Therefore, this is a jukebox musical akin to Jersey Boys, although it is not publicly being billed as such.

On Your Feet on Broadway Background

Gloria Estefan has won seven Grammy Awards and sold over 100 million albums on a global scale. The show has a book written by Alexander Dinelaris, who is making his Broadway debut with this production, but who recently won an Academy Award for co-writing the Best Picture Birdman, which takes place in a Broadway theatre. The show is directed by Jerry Mitchell (Kinky Boots, Catch Me if You Can, Legally Blonde), and choreographed by Sergio Trujillo (Hands on a Hardbody, Leap of Faith, The Addams Family). The production first hit the public notice by announcement for open call auditions, some via YouTube, and also in Miami where the Estefans first launched their careers, as well as New York. In addition, prior to arriving on Broadway, the show is scheduled for a Chicago run at the Oriental Theater from June 2, 2015 to July 5, 2015.

This Broadway show is a high energy and ferocious musical with a score including some very familiar tunes such as “Conga,” “Rhythm is Gonna Get You,” and “Get on Your Feet.” The musical is bilingual in both English and Spanish, and the story includes a range of happy and sad moments in the Emilio and Gloria Estefan's life. For instance, Gloria Estefan's early years in Miami make up the beginning of the musical, and the story spans until 1990 when Gloria recovered from a broken back. She is known as the “Queen of Latin Pop,” and some of her additional hits include “1, 2, 3” and “Music of My Heart,” a song which was nominated for an Academy Award. She has received countless awards, including a star on the Hollywood Walk of Fame and the Ellis Island Congressional Medal of Honor

Is On Your Feet Good for Kids?

The show is great for kids of all ages, but may be most appropriate for those over the age of 8. Children under the age of 4 are not permitted in the theatre.

On Your Feet Marquee 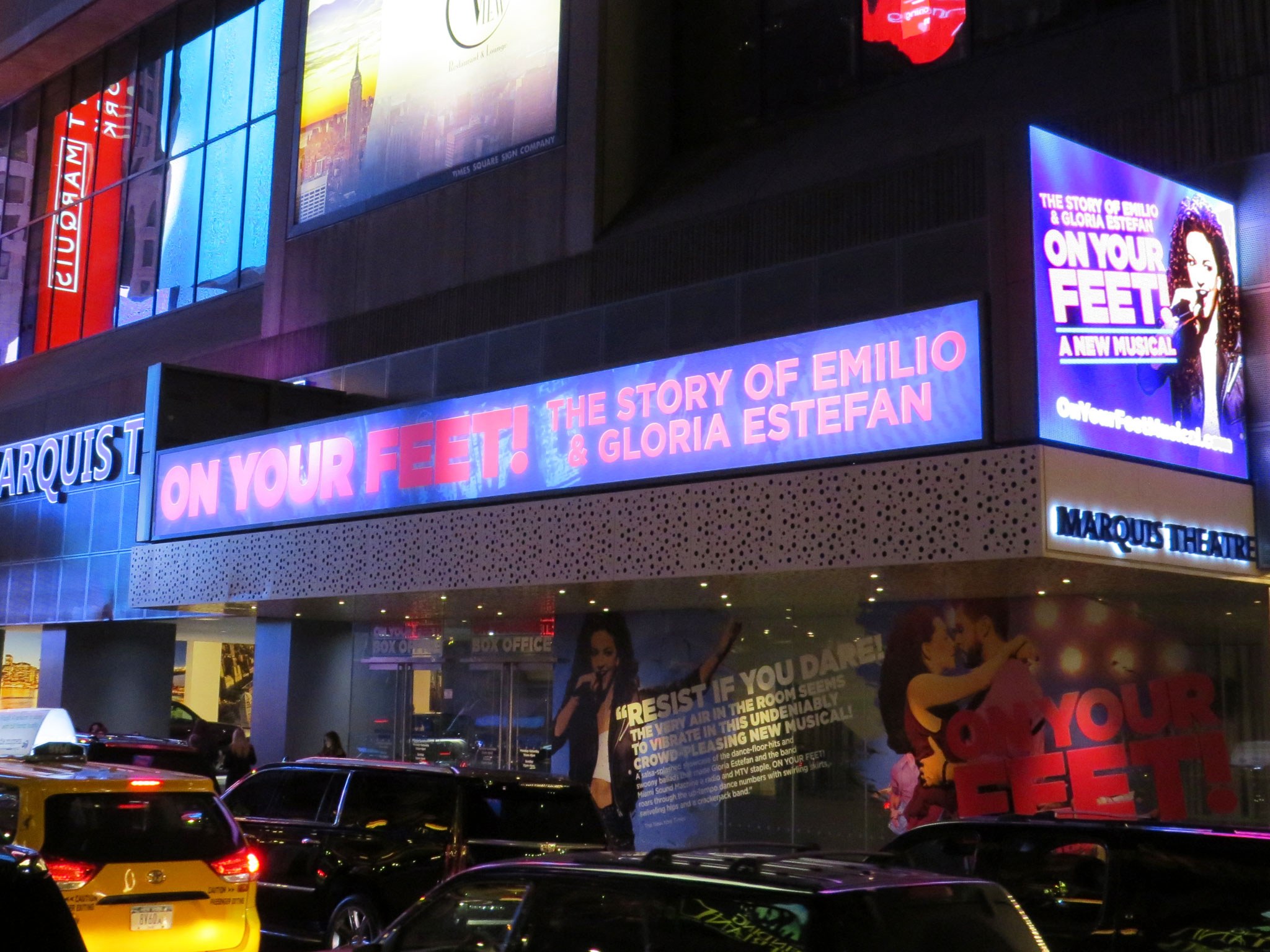