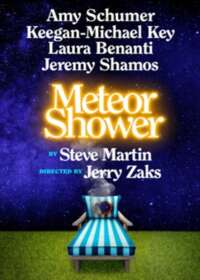 Meteor Shower is a new play written by Steve Martin, the actor, comedian, writer and musician. Meteor Shower is a ruthless tour-de-force comedy in which two couples go head to head, set against the backdrop of a meteor shower in the valley of Los Angeles. Meteor Shower brings together an all-star cast and creative team into a brilliant comedic extravaganza.

Martin became a household name mainly due to his stint on NBC's Saturday Night Live in the mid-1970s. Martin's previous Broadway writing credit is Bright Star (2016). That musical, which played in spring 2016, has a book by Martin, along with music composed by Martin and Edie Brickell. Martin is even better known for his work as an actor in films such as Father of the Bride, Cheaper by the Dozen, Three Amigos, and Planes, Trains, and Automobiles.

Meteor Shower had its world premiere at the Old Globe Theatre in San Diego in August 2016, and then played the Long Wharf Theatre in New Haven, Connecticut later that year. Meteor Shower comes to Broadway in a new production directed by Jerry Zaks, whose previous Broadway directorial credits include the current revival of Hello, Dolly!, A Bronx Tale the Musical, and Sister Act, among other shows. As for the cast, it is led by the Emmy Award winning actress and comedian Amy Schumer, making her Broadway debut. She plays opposite Tony Award winner Laura Benanti (Gypsy, Women on the Verge of a Nervous Breakdown, Into the Woods, Swing!), as well as Keegan-Michael Key (Off-Broadway’s Hamlet, the Comedy Central series Key & Peele), and Alan Tudyk (Prelude to a Kiss, Spamalot, Epic Proportions).

Steve Martin is one of the most beloved and versatile writer-actors of our time, and the show received rave reviews for its earlier regional productions. Jerry Zaks is an incredibly accomplished director, who most recently shepherded the 2017 revival of Hello, Dolly! to the heights of success. As for the cast, there has not been a cast as exciting as this one hitting the Broadway stage in a long time. Amy Schumer, making her Broadway debut, has soared to fame for her fearless stand-up comedy and television show, Inside Amy Schumer. Laura Benanti is one of the most accomplished theatre actresses of her generation, and Keegan-Michael Key is the creator of the innovative television comedy show "Key & Peele", along with films such as Keanu.

Is Meteor Shower Good for Kids?

The show is most appropriate for those aged 12 and above due to strong language. Children under the age of 4 will not be permitted in the theatre. 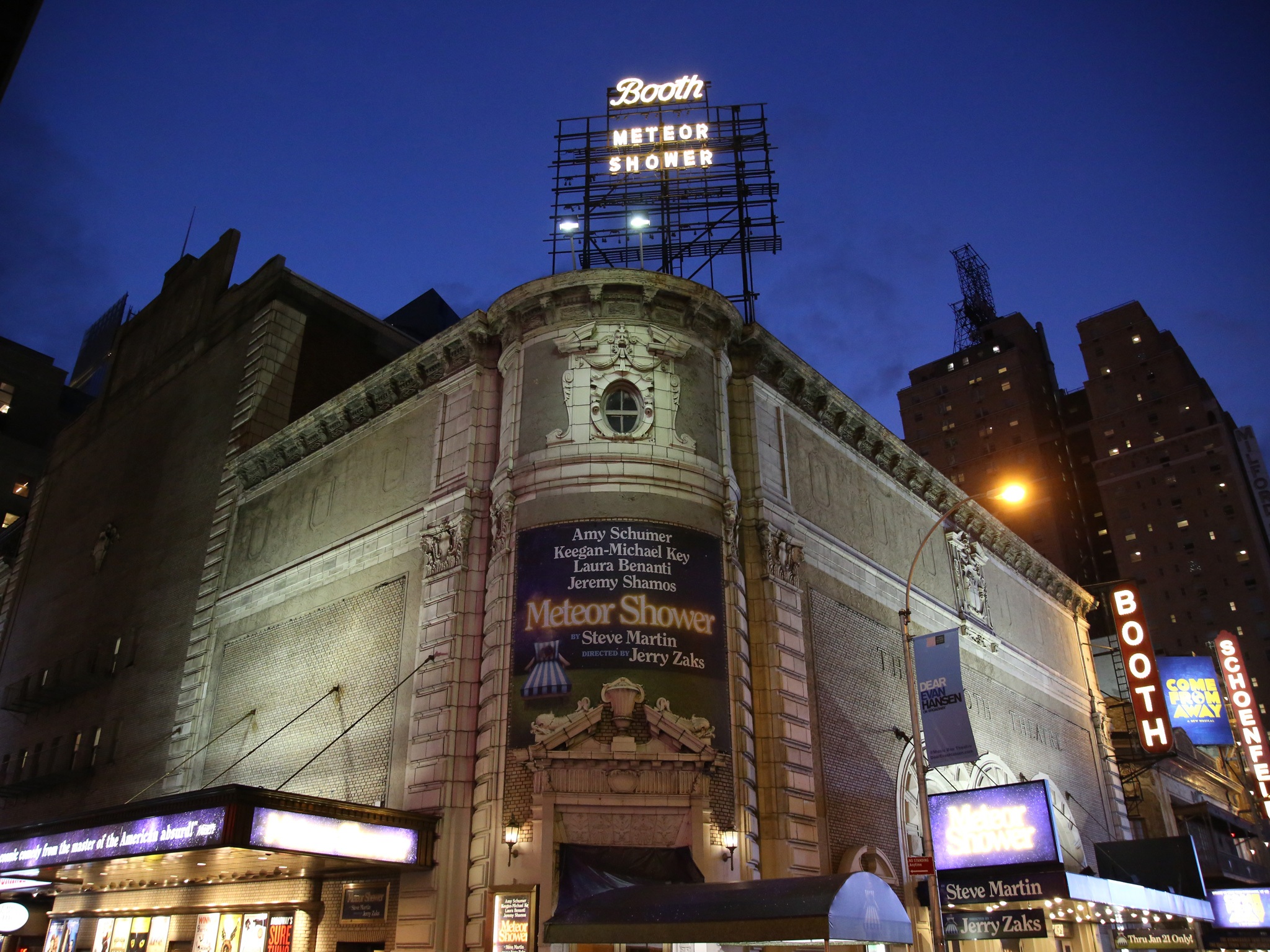