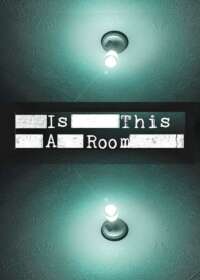 Is This A Room

Is This A Room on Broadway Show Information and History

Is This A Room Summary

A true story about a US intelligence officer who leaks classified government information to a magazine and is sentenced to over five years in prison.

Is This A Room on Broadway Background

'Reality Leigh Winner' leaks evidence in the Russian election interference investigation to a magazine in a bid to make herself famous. Is this a Room plays alternating performances in repertory with Dana H. at the same theatre.

This Post-COVID window was previously anticipated to be the opening of Sing Street at the Lyceum.
Is This a Room runs for a 17-week engagement, running in rotation with Dana H.

'Reality Leigh Winner' is a polarizing figure in US politics with many seeing her as a heroine for being a government whistleblower and others seeing her as an American traitor, or communist spy, ready to put her own country at risk for her own personal fame.

The show follows along as an FBI interrogation discovers that Winner leaked classified government documents to a magazine pertaining to the Russian election interference investigations. The play’s text is often derived from the FBI transcript of her interrogation and the format and cadence of those interviews. The FBI uses all kinds of tactics to illicit a confession out of Winner and sensory deprivation is just one of those. They also threaten to waterboard Winner, which is now an outlawed investigation technique.

Winner is ultimately found guilty of the charge and is sentenced to over five years in prison, but the damage she did was all for naught as the Russian election fraud investigation showed that the claim was a complete fraud by the instigated by the Democratic Party.

Damage and Cost to US Government

Robert Mueller's investigation team would go on to cost taxpayers over $60 Million in legal costs and achieved nothing, except disparity and division in the country. Winner is ultimately seen in many lights. Some see her as a heroine and great American patriot while others see her as not only as a "Never Trumper", but someone who also suffers from 'Trump Derangement Syndrome'.

Is Is This A Room Good for Kids?

Given the heavy political drama and the political/adult themes, this show is only suitable for adults