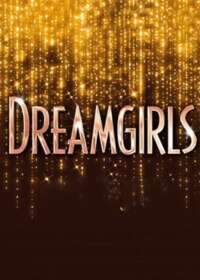 Discount Broadway Tickets For Dreamgirls - This Show Is Now Shelved

Dreamgirls is a Jukebox musical that is loosely based on the careers of The Supremes, The Shirelles, James Brown, Jackie Wilson and other prominent R&B acts from the 1960’s

Dreamgirls originally premiered on Broadway in 1981 and the show closed four years later with a bevy of Tony Awards and critical and box office success.

The stage show made Jennifer Holliday a star with her portrayal of Effie White. This show was probably the very first jukebox musical to go on Broadway, with the producers ditching the show score and going with whole new versions of the original songs.

Although the revival is a fresh approach, it is not completely new as it completed a successful three year run on London’s West End in February 2019. The show isn’t supposed to be about one singing group in particular, but the show does have many similarities to the story of The Supremes.

It may be that the original writer did not want to pay royalties to the original band members for their story, which is a common playwrights refrain. The film version of the show was released in 2006 and starred Jennifer Hudson, Beyonce, Jamie Foxx, Eddie Murphy, Danny Glover and Will Smith.

The movie went on to receive two Oscars and put Hudson and Foxx at the top of the movie making map.

With its R&B music and songs from the 1960’s, audiences love this show despite its weak story line. It is a classic jukebox musical, so what it lacks in a coherent story, it more than make up for with musical entertainment. Dreamgirls is about three black R&B singers in a fictional group The Dreamettes. The trio begin in the competitive world of show business as friends and improve their act with a few pitfalls and setbacks along the way.

Once they start getting some traction, they begin tinkering with the formula to get the perfect group, which leads to some professional jealousy and personal unkindness. As the newly named 'Dreams' go on to achieve international stardom and multiple pop hits, they unkindly leave one of their original members behind, which comes back to haunt them later in life.

The show takes on an overtly sickly-sweet and upbeat ending, but the true ending for so many music groups of this ilk is far less satisfying. It feels that the show writer just did not have the guts to put it in the harsh reality and audiences often come away feeling dissatisfied.

Is Dreamgirls Good for Kids?

This show is suitable for children over the age of 12, but contain many scenes of an adult nature including drugs, sex and violence.