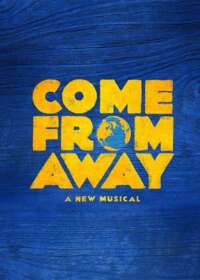 Discount Broadway Tickets For Come From Away

$32
These tickets are sold when the show is sold-out

Come From Away Summary

A new musical based on a true story of an aircraft being redirected on September 11, 2001, following the attacks on NYC and Washington.

Come From Away on Broadway Background

In this uplifting tale, despite cultural divides, the town’s residents rose to the occasion, providing food and shelter to those people in need.

This musical has book, music, and lyrics by Irene Sankoff and David Hein, the Canadian husband-and-wife creative team that was also behind My Mother’s Lesbian Jewish Wiccan Wedding. The show had its world premiere in summer 2015 at the La Jolla Playhouse, and then transferred to the Seattle Repertory Theatre where it broke box office records. In Fall 2016, Come From Away played at Ford's Theatre in Washington, D.C., followed by the Mirvish Theatre in Toronto, ahead of the Broadway engagement.

The show is directed by Tony nominee Christopher Ashley, who is the artistic director of the La Jolla Playhouse and whose other Broadway directing credits include Memphis, Leap of Faith, Xanadu, and The Rocky Horror Show. The show is produced by Junkyard Productions, who was also behind Memphis and First Date, both of which also came to Broadway following a West Coast premiere.

When Come From Away broke box office records at the Seattle Repertory Theatre, it made a lasting impression on the hearts and minds of those who had the privilege to see it. The depiction of this true story, in which 6,579 passengers from all over the world found themselves temporarily integrated into a tiny Canadian town at the edge of the world, is tied together with an affecting rock and folk score.

With instruments played onstage by performers, the integration of culturally disparate individuals in a time of great need is paralleled through gorgeous music, movement, and voice. The choreographer is Kelly Devine, the scenic designer is Beowulf Boritt, the costume designer is Toni-Leslie James, the lighting designer is Howell Binkley, and the sound designer is Gareth Owen.

The propulsive score captures a brilliant emotional wave of generosity and hope in the face of confusion, fear, and open-endedness.

Is Come From Away Good for Kids?

The show is recommended for those aged 12 and older. Children under the age of 4 are not permitted in the theatre.

Come From Away Ticket Lottery and Rush Schedule

Purchase the Broadway Discounts Guide to get details on how to get Lottery and Rush Tickets Tonight (if available) for Come From Away.

Come From Away Marquee 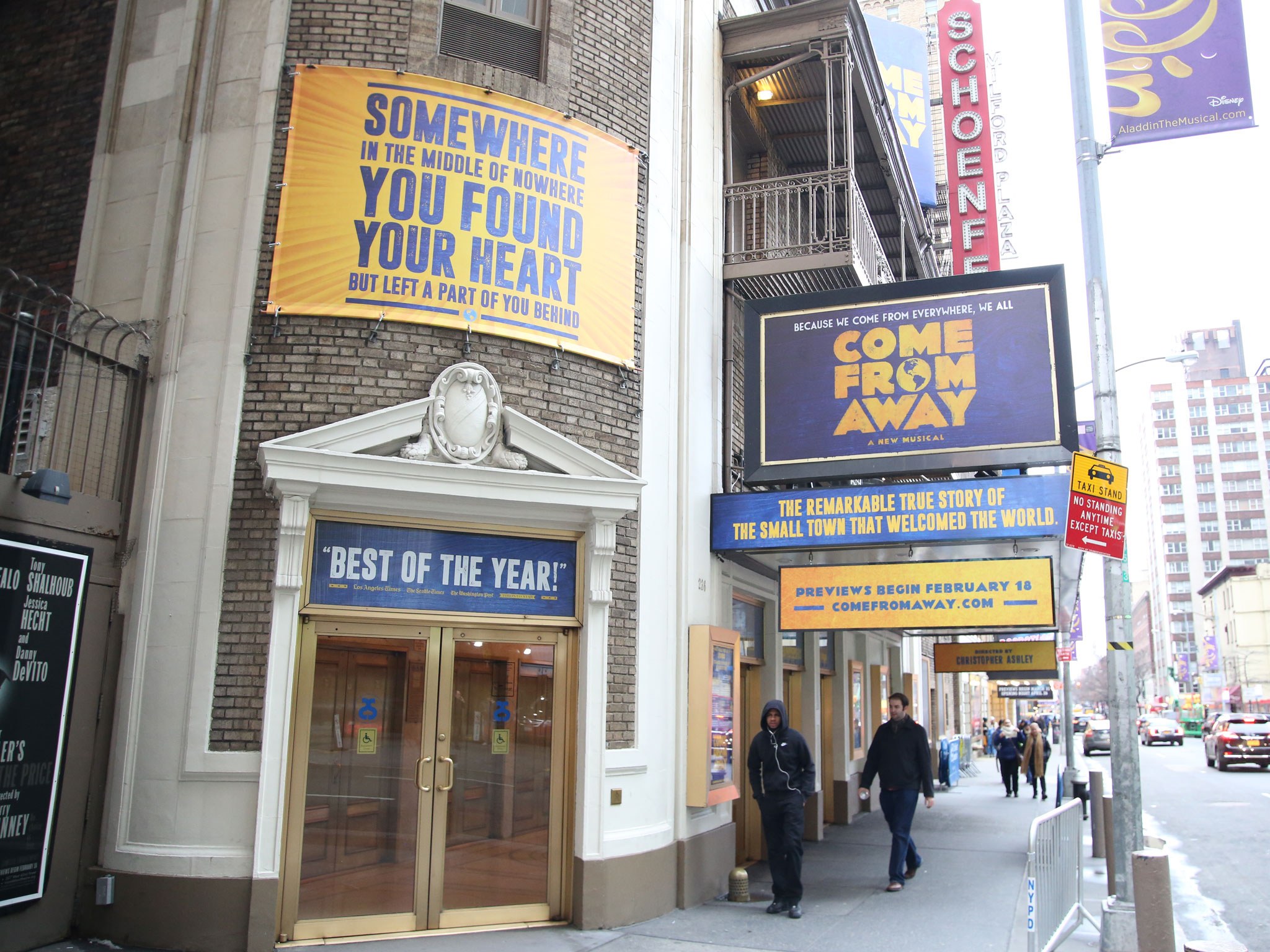