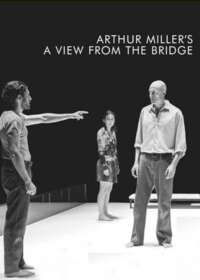 A View From The Bridge

A View From The Bridge on Broadway Show Information and History

A View From The Bridge Summary

A View from the Bridge deals with a longshoreman named Eddie’s profound love of his niece, Catherine. The story is tragic but ultimately an important and refreshing observation of human nature, told in a timeless story with brilliant dialogue and scene development.

A View From The Bridge on Broadway Background

A View from the Bridge is a 1955 play by the great American playwright Arthur Miller, whose other works include All My Sons, Death of a Salesman, The Crucible, and A Memory of Two Mondays. Prior to this production, the show has been produced on Broadway four times; this is the fifth. Scott Rudin, the mega producer behind such hits as Skylight, The Audience, Fish in the Dark, and A Delicate Balance, partners with Lincoln Center Theater to bring this play to Broadway. The director is Ivo van Hove, an acclaimed Belgian director who is making his Broadway debut with this production. The cast includes Mark Strong, Nicola Walker, Michael Gould, Emun Elliott, and Phoebe Fox, all of whom are making their Broadway debuts after performing the roles to great success in London. The scenic and lighting design are both by Jan Versweyveld, who is a longtime collaborator of the director Ivo van Hove. Costume design for this play is by An D’Huys.

This revival of A View from the Bridge is unlike any other that has yet been seen on Broadway. Though the last revival was only recently, in 2010, this production was reviewed in the Guardian as being similar to watching a runaway train hurdle in your direction without being able to stop it. Experimental in nature, the production is nevertheless of a classic American play dealing with an Italian American neighborhood of Brooklyn in the 1950s.

The play transfers to the Lyceum Theatre following a successful run in London’s Young Vic Theatre, followed by a successful transfer to the West End, where it won the Olivier Award (the Britis

Is A View From The Bridge Good for Kids?

A View From The Bridge Marquee 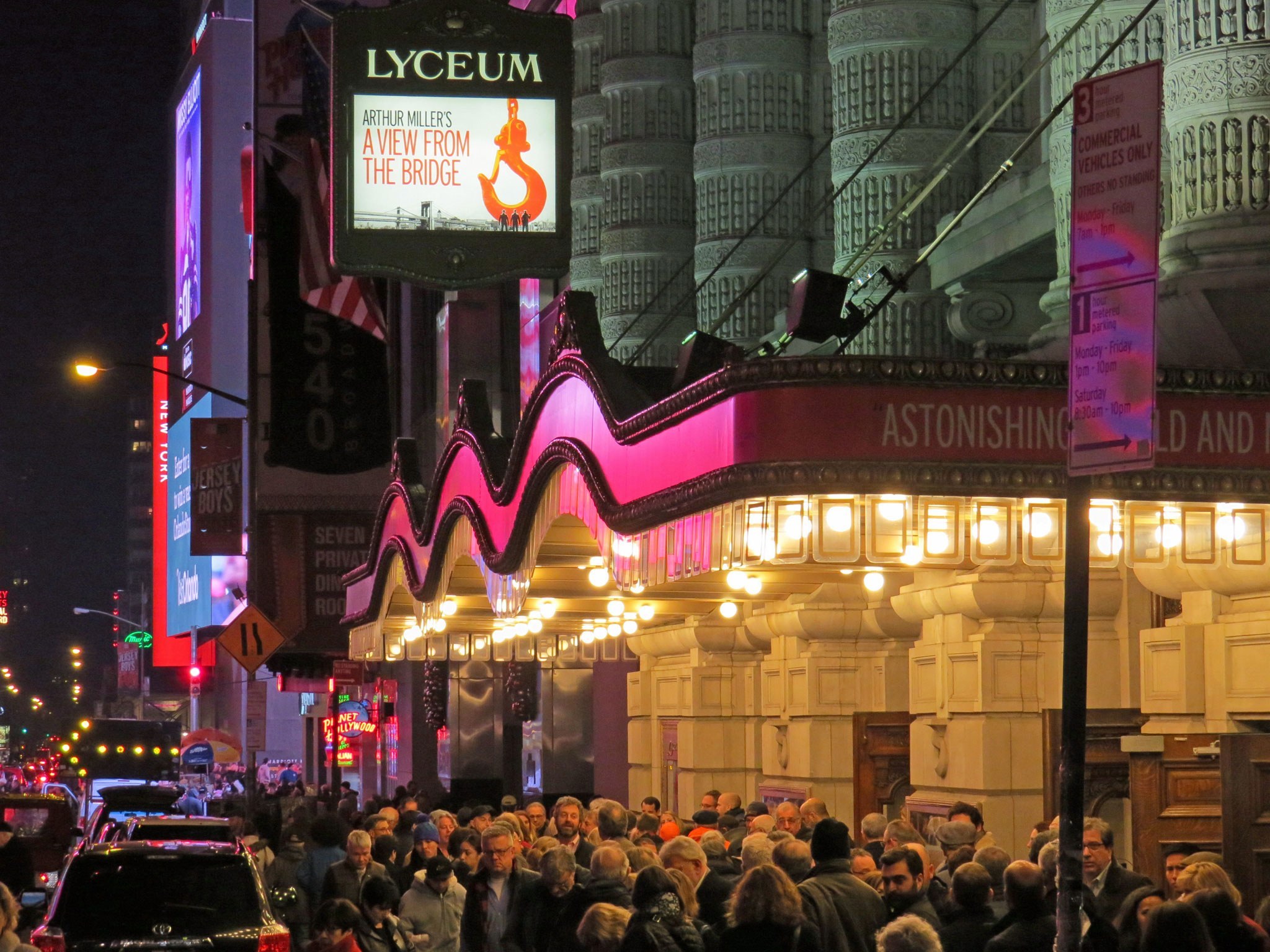