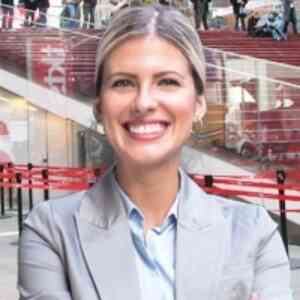 Originally from Allentown, PA Joanne would like us to believe that she hopped a railroad car into Hoboken fresh out of college and became one of the original Beatnik generation by scraping a living performing downtown in the worst beatnik poetry coffee houses she could find. Joanne's reality is actually just as compelling, with a short stint in theological school and a leading role in Medea at a NJ college, Joanne has always been enamored with the look, sound and feel of words since early childhood and remembers playing with them with the same fantastical enthusiasm that was exhibited by her peers - who conversely animated stuffed animals or crashed Matchbox cars. She never grew out of her passion to get words down on a page and she is one the strongest writers.

“It Shoulda Been You” Box Office Unmoved By Reviews

It Shoulda Been You opened on April 14, 2015 to mixed reviews, and box office is struggling to stay afloat.

Many Movie Adaptations of Broadways Musicals in Development

Hair Cast To Participate In National Equality March In Washington