Top 10 Ways to Get Cheap Broadway Tickets Including Discount Codes and TKTS. See a Broadway Show Without Breaking the bank.

Broadway tickets aren't necessarily cheap, but when you compare them to other forms of live entertainment, they are a bargain.

What also doesn't help is that the work "cheap" tends to imply an inferior product or service - seeing a Broadway show is never a "cheap" experience - live Broadway theatre performances are one of the last great bastions of live art forms that are still accessible to average people.

This guide breaks down the top-10 ways to get cheap Broadway tickets, without the experience being cheap in any way.

Of course the best seats in the house are the most expensive, because everyone wants center orchestra tickets. But these are never the cheapest - most Broadway shows are actually charging extra for them, making them much more expensive that a regular orchestra seat.

The best cheap Broadway ticket solution is to choose the seats that are in the transition area (i.e. $110 seats that are sat next to the $250 seats). All that is required is a little bit of study of the seating map; some shows will even show you a map of the pricing breakdown .

Ticket brokers do this everyday to get the cheaper tickets in the best position, so that they can then resell the ticket for a higher amount.

Many Broadway tickets have their price reduced through a money saving code offer advance ticket sales. Often these cheap offers can reduce the price of the Broadway ticket to 50% of the original. Our current cheap ticket offers are in our DISCOUNT BROADWAY TICKETS offers page.

The TKTS tickets booth in Times Square offers cheap Broadway tickets that are good for the same day of purchase, though weather, ticket availability and a wait in line are important factors to consider.

There are also two other TKTS locations, in the South Street Seaport and Downtown Brooklyn. The savings can be up to 50%. There are limits to how cheap that the TKTS stand can be.

7 - Stand For Cheap - At the back , or sides, of the Broadway Theatre

Standing Room Only (often known as SRO) is one of the cheapest ways to see a Broadway show, and it can also be fun. Occasionally those who are standing may be sat by the usher in any available seats, but this is rare because, in most cases, Standing Room Only cheap tickets are only available for Broadway shows that are sold out (or close to sold out) of regular seats for that particular performance.

This cheap way to see a Broadway show can sometimes be better than sitting (e.g. at Wicked, where the "standing room only" people get to move around more freely).

They call them "Partial View" tickets, but most often these cheap Broadway seats are full-view for most of the show, with part of the stage obscured during a handful of scenes. If you don't do your homework, though, you could be sitting behind a pillar.

In some cases these cheap seats, which are usually located on the sides of the theater, may have their own price structure too - one partial view ticket may be cheaper than another if the view is significantly different.

However, some more popular shows actually have the nerve to charge full price for tickets marked Partial View, so make certain you're paying a discounted price before you buy Partial View tickets.

You can make it a lot cheaper to go to a Broadway show if you go as a large group. The requirement is often around 15-20 people to achieve the cheaper group rate, and they will give you a better deal than the best cheap ticket deal out there currently and then they will make it more cheap by taking off another 10-15%.
Obviously to get these cheap Broadway tickets you have to plan a group to come to the same Broadway show, which is never an easy feat.

If you don't mind not knowing if you are going to get into a show or not, you should try the rush and lottery tickets, which many shows offer as a cheap alternative to paying for a full price ticket. You can do a few rush and ticket lotteries on the same day, which increases your chance of coming away with a cheap ticket solution.

Second Acting is the act of ducking into a Broadway show at intermission and has always been the extreme cheapskates' solution to seeing a Broadway show. Problem is, some shows don't have an intermission, you may not find a seat, you might get caught, and oh, BTW, it's also illegal.

This ultimate cheap ticket solution (which is free) has recently taken on a new form when people who leave at intermission sell their ticket stubs for $10 to people outside - guaranteeing you a seat for at least the 2nd half of the show. The theatre and the producers don't like the practice, but the actors love it, as they get to play to a full house the while way through the performance.

The problem is that if the show is really bad, supply may outstrip demand - which is what happened at the recently closed musical play Enron, when 50+ people would leave at the intermission and only five or so were willing to buy the cheap ticket stubs for $10 or less.

If you don't mind hanging out with the blue haired crowd on a Wednesday afternoon, you can accompany grandma to a Wednesday matinee, where theater loving senior citizens can get cheaper tickets and still be in bed before 8PM.

You don't have to be a senior to get the cheap tickets, but you may get frustrated when the theatre turns up the volume for the old croaks and they still don't get the jokes.

American Express has this deal with Broadway producers that allows them to offer Broadway tickets to their members for a cheaper price than the general public.

Often these offers are available before the general public can even buy normal priced tickets. This is why American Express is the preferred card of ticket brokers, as it gets them access to early purchases of their Broadway ticket inventory. 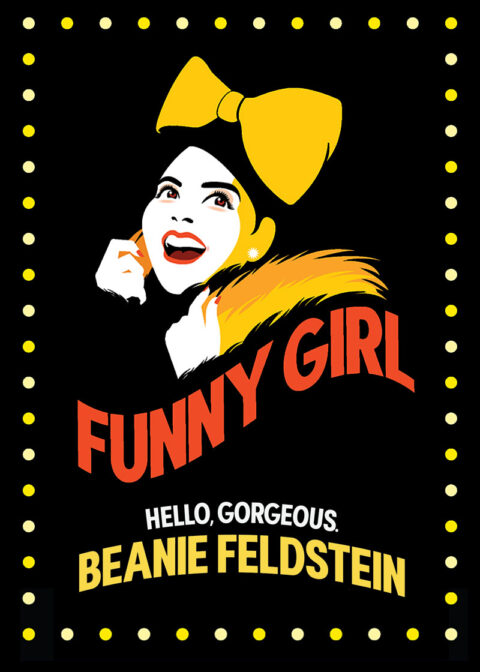 The Music Man
Tickets from $49
END_OF_DOCUMENT_TOKEN_TO_BE_REPLACED