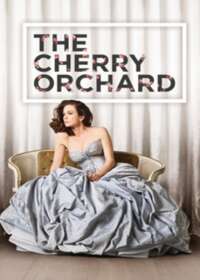 A Russian noblewoman returns to her estate after a long absence and her sons death to find the cherry orchard on the estate in full bloom but in financial ruin.

The Cherry Orchard on Broadway Background

This new adaptation at the American Airlines Theatre in a Roundabout Theatre Company production is written by Stephen Karam, whose original play The Humans was a great success Off-Broadway

Stephen Karam also was a finalist for the Pulitzer Prize for Drama in 2012 for his play Sons of the Prophet, which also was produced by Roundabout. The Cherry Orchard is directed by Simon Godwin, an English theatre director who is making his Broadway debut with this production, and whose London credits include Nick Payne’s Wanderlust and Richard II at Shakespeare’s Globe.

The Cherry Orchard is considered one of the great classic works of Russian theatre, having been translated into countless languages and produced all over the world. Some of the greatest American playwrights – such as Arthur Miller, David Mamet, and Eugene O’Neill – were directly influenced by Anton Chekhov. A film version of The Cherry Orchard was also made in 1999 directed by Michael Cacoyannis, and starring Charlotte Rampling and Alan Bates.

First written in 1904, and Chekhov’s last play before he passed away, Anton Chekhov’s The Cherry Orchard is considered one of his best plays, along with The Seagull, Three Sisters, and Uncle Vanya. A true classic drama that extends beyond time or place, The Cherry Orchard has influenced not only theatrical works ad infinitum, but also art of almost every medium.

This Roundabout Theatre Company production is an exceedingly delightful treat, under the talented guidance of the adapter Stephen Karam, and helmed by the excellent and experienced British direction by Simon Godwin who has worked on several National Theatre productions.

The Cherry Orchard is set in Russia at the turn of the twentieth century.

It centers around a noblewoman named Lyobov Ranevskaya who returns to her estate after she has been absent for five years, following the death of her son. After a period away due to her grief, Lyobov returns to find the cherry orchard on the estate in full bloom.

Despite this outward sign of prosperity, her home is on the verge of financial ruin. Along with her brother, Gaev, she struggles to maintain their façade of gentility as the reality of their social status is crumbling around them.

Is The Cherry Orchard Good for Kids?