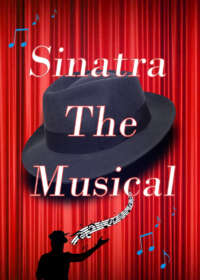 New Year’s Eve 1942 as a 27-year-old Frank Sinatra readies himself to step on the stage of the famed Paramount Theatre in NYC. The musical follows his ascendency to fame, the ups and downs of his marriage to Nancy, his affair with Ava Gardner, blows to his career and his determination for a comeback.

Sinatra The Musical on Broadway Background

Sinatra the Musical is a bio-musical, which follows the life and works of the multi-talented and legendary crooner, Frank Sinatra. A musical biography encapsulating the life of Frank Sinatra, who is one of the most influential and successful music artists of the 20th century.

Sinatra was a handsome, confident high achiever in the 1950's and 1960's, who is also a best-selling musical artist and an Oscar and Golden Globe winning actor, but who is all but forgotten now.

Frank Sinatra is not well known among young people due to the over-protection that his family perceived to the correct course of action for his brand over the years.

While saying no to every project may have seemed like a smart choice at the time, it made the Sinatra brand no longer relevant in modern society and Frank Sinatra has largely been forgotten. This was one of the fears that Frank Sinatra had for the type of music that he honed, the slick crooner. His fears may have come to pass as he long ago predicted for his type of music.

While this new show on Broadway is the first appearance of a show quite like this, there have been other attempts at Broadway shows and Broadway-like renditions of his works. Those have included; Come Fly Away which was a 2010 Broadway musical that featured Sinatra’s greatest hits set to a dance-only show.

The Sinatra family would only allow the 2010 show to go ahead if no spoken words were used. Sinatra's songs were set to amazing choreography that tried to make up for the indiscernible narrative that they attempted to weave through dance.

The show was a disaster both critically and at the box office and the Sinatra family was able to sidestep the blame.

My Way: A Musical Tribute to Frank Sinatra

Other vehicles for Sinatra's music over the years included: My Way: A Musical Tribute to Frank Sinatra has been performed across the US at various theaters and clubs. My Kind of Broadway is a 1965 studio album produced and sung by the legend himself, which features various songs from famous Broadway musicals.

This new show is written by Danny Strong, an up-and-coming screenplay writer and an Emmy Award winning actor himself, and Joe DiPietro, a Broadway stalwart.

Sinatra Only Performed on Broadway Once In His Career

Sinatra himself only performed on a Broadway stage for the 1975 concert special “Frank Sinatra, Ella Fitzgerald, and Count Basie.”

Sinatra Family Realizes This Show Approval May Be Too Little, Too Late

Of the musical, Tina Sinatra said in a statement, “I’m excited to work with Universal Music Theatrical on this stage production that we believe will bring audiences new perspectives and insights into my father’s renowned music and his enduring legacy.”

Despite the statement, the reality is that Sinatra's legacy is only enduring in the minds of aging baby-boomers and his brand may have been reduced to just a footnote in history. This last desperate attempt to make Sinatra relevant, may be far too little, too late.

Sinatra The Musical follows the late and great Frank Sinatra through his years.

Starting out as a boy growing up in the rough neighborhoods in Hoboken, New Jersey with his Italian mother and father, to his outstanding and legendary singing and acting career and his ultimate path to fame and fortune in Los Angeles.

The show features his most famous hits such as; New York, New York, My Way and Fly Me to the Moon, while it delivers a strong narrative of hard work and determination against the odds.

Mafia Connection and a String of Failed Relationships

The show picks up on his questionable relationship with the mafia, his bitterness towards his hometown of Hoboken and his estranged relationships with the ten women in his life, four of whom were his ex-wives; Nancy Barbato, Ava Gardner, Mia Farrow and Barbara Marx.

The show is more than just a jukebox musical as the writer refused to leave out the hard hitting details of Sinatra’s life. The show has a better storyline than many of its musical predecessors on Broadway as he had a more creative freedom to deliver a solid show than the previous incarnations.

Is Sinatra The Musical Good for Kids?

While children may not be able to recognize the show’s songs, this show is able to entertain people of all ages with little mature content.