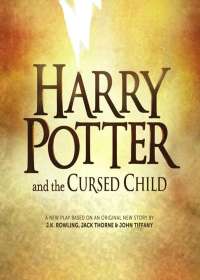 Harry Potter and the Cursed Child

Discount Broadway Tickets For Harry Potter and the Cursed Child

$40
Online Lottery for forty tickets at $40 only available on Friday's: No social media account required to enter

Based on the renowned Harry Potter novel and film series. The play takes place after the Harry gang has grown up leaving Harry's son to defeat evil.

Harry Potter and the Cursed Child on Broadway Background

Harry Potter and the Cursed Child was a new production on Broadway that already has a proven track record of critical acclaim in London. The show came to Broadway to delight audiences of the Harry Potter books and the movies, as well people who are not familiar with either. Directed by John Tiffany (Once), this show comes to life on Broadway in the re-conceived Lyric Theatre, which has been transformed into a behemoth venue to accommodate this large and exciting production.

Initially divided into two separate plays, Parts One and Two, Harry Potter and the Cursed Child was the first brand-new story by J.K. Rowling about Harry Potter in almost a decade. The show takes place nineteen years after the events that are seen in the first novel, Harry Potters and the Deathly Hallows. This theatrical production follows Harry James Potter, who is now a pen-pushing government employee at the Ministry of Magic, along with his son, Albus Severus Potter. A dark chain of events unfolds in this show.

Two Plays Were Finally Rolled Into One - Post COVID Hiatus

For the two years prior to COVID-19, the show was shown in two different parts, requiring two separate tickets often on different days, with a total running time of about 6 hours. This was 2 hours and 40 minutes long for the first part, and the second part was 2 hours and 35 minutes long. Featuring a cast of over 30 individuals, the two-part show could be seen either back to back on the same day, or over the course of two separate days. This caused no end of confusion and was seen as a money grab by the greedy JK Rowling who appears was trying to maximize the return on her Potter brand. Rowling knew that there is a small window before the brand falls out of favor with the TIK-TOK and Snapchat generation coming through that are rejecting this kind of fantasy-magic show format and instead focusing on 2 minute cat videos.

The One Part Version of the Show Reopens Post Covid

The new one-part show reopens on Broadway November 12, 2021 at the Lyric Theatre following its COVID-19 hiatus. The show is now presented as one show instead of the two original parts. The new abridged version of the show now runs at 3 hours and 30 minutes, with 15 minute intermission.

Playwright Jack Thorne, director John Tiffany and author J.K. Rowling, worked on a new condensed version of the show, which was easy enough to do, because the 2-part show was often repetitive and boring through its six hour total length. Critics often fell asleep at this show and only woke up to wipe away the excess dribble. Potter superfans lapped up every moment at the show, but producers know that these fanatics are getting older and far fewer in numbers. Producers Sonia Friedman and Colin Callender realized that the show could start appealing to the mainstream and they took the COVID hiatus as an opportunity to rework the show.

The new one-parter show will also be able to sell better in the post COVID-19 economy, where ticket buyers and visitors are a great deal more scarce. No parent in their right mind would let their child come in NYC by themselves, there is a realization that we're not in Kansas anymore.

The Show is Not a Straight Play, or Musical. It Is More Like a Theme Park Show

The show is decidedly not a musical (at the behest of JK Rowling), as it does not feature any singing, although there is a great deal of music in the show. The show has many lower priced ticket options and has seen large numbers of children and younger adults coming to the show who have never seen a Broadway show before, often as high as 30% of the audience. It is this demographic that has been used to paying $10 for a book or $15 to see the movie, that would find it hard to pay $100 for the show, so Harry Potter offers many lower priced ticket options to draw them, including a lottery, standing room only and Verified Fan ticket sales that sell for $25 per ticket.

Harry Potter is a timeless character whose engrossing magical travails have delighted those of all ages for many years through the magic of the movies.

In an entirely new production, based on the first original story about Harry Potter in almost a decade, Harry Potter and the Cursed Child is not a shabby remake of a novel or one of the films. Rather, it takes the concept of Harry Potter to the next level.

Is Harry Potter and the Cursed Child Good for Kids?

The show is most suitable for those aged 10 and above. Children under the age of 4 are not permitted in the theatre. The producers recommend that anyone coming to see this show would benefit by reading the synopsis of the fourth book in the series, at the very least. Having said that, the show does give enough exposition for adults who are unfamiliar with the whole Harry Potter phenomenon to play catch up pretty quickly.

Purchase the Broadway Discounts Guide to get details on how to get Lottery and Rush Tickets Tonight (if available) for Harry Potter and the Cursed Child. 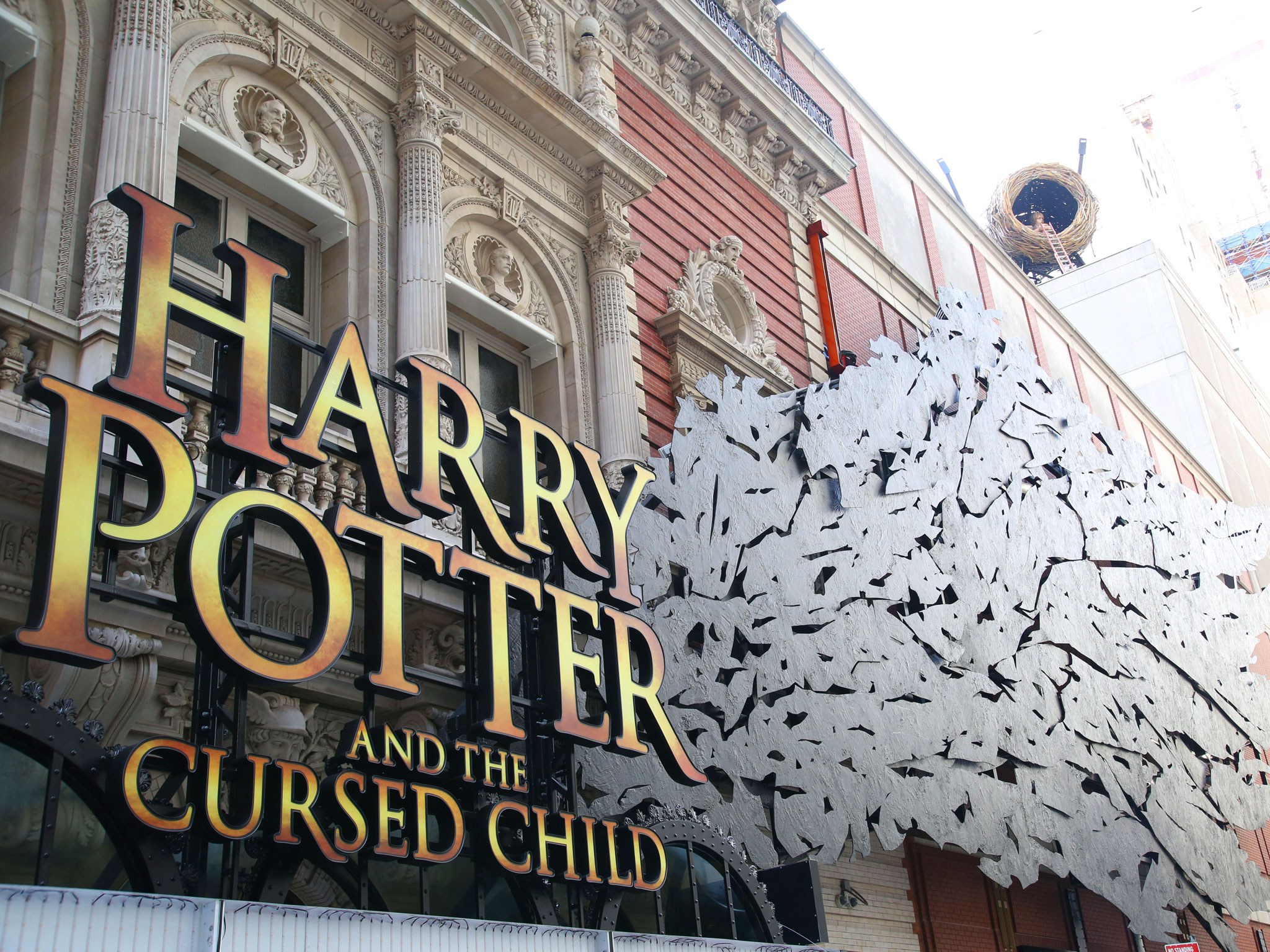 Based on a Story by
JK Rowling