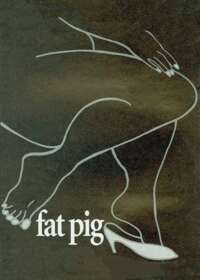 Neil Labute's Fat Pig is a timely play about bullying and compassion. Just how far the bully or the defender will go for justice? The show closed a few days before its scheduled opening in previews.

Fat Pig was cancelled a few days before it was scheduled to open on Broadway, making it another rare Broadway show that burns through investor cash and does not even see the light of day on Broadway.

The reasons given for the show cancellation was a financial one - in that the investors pulled out after they saw the final product and an alternative investor could not be found in time.

Jeremy Piven Associated with the Show

Incidentally, Jeremy Piven had been associated in a previous incarnation of Fat Pig that had won the Outer Critics Circle Award for Outstanding Off-Broadway Play in 2004, and although he is no stranger to last minute cancellations on Broadway himself, Piven's rep states that he had nothing to do with this show's failure and cancellation on Broadway.

Critics Speculate that Piven was the Investor

Some critics have speculated that Piven was actually the investor who pulled out of the show and his motivation was that he was upset that he was not chosen for the lead role himself and was especially irked following his successful Off-Broadway run.

Piven is clearly no stranger to Broadway shenanigans, especially with his alleged "sushi poisoning" debacle in 2008, when mercury poisoning led him to pull out of Speed The Plow.

Big Line Up of Stars

The show was produced on Broadway at the Belasco Theatre in a production starring actor/comedian Dane Cook, Julia Stiles (who recently starred on Broadway in Oleanna), and Josh Hamilton (The Coast of Utopia, Proof).

With these popular stars from different backgrounds, Fat Pig presold a huge amount of tickets, which were all refunded when they decided not to open the show.

Tom falls for a charming and beautiful woman, who also happens to be overweight. But when his friends ridicule her, Tom starts to reconsider his feelings to her and to them.

Storyline Not What Audience Expected

You might expect the show to start off as a classic bully story, but Labute takes the show down another path where the characters develop compassion over the length of the show and come to have a better understanding of their adversaries.

The show is not for the feint of heart and overweight audience members may get their feelings a hurt a bit, if not destroyed.

This is the only show on Broadway that has a hard time selling any concession candy at the intermission, in fact on some nights they expected to not even bother opening the concession stand at all.

Is Fat Pig Good for Kids?

This is definitely not a show for children. With its adult themes, bullying and common swearing in almost every sentence. This show may not even be suitable for most adults. Neil Labute loves to shock his audience.