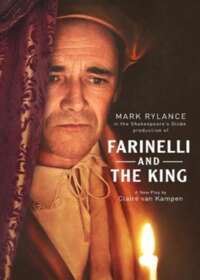 Farinelli and the King

Farinelli and the King on Broadway Show Now Closed

Farinelli and the King Summary

18th century Spain, King Philippe V suffers from terrible insomnia and melancholy that is only soothed by listening to a man sing

Farinelli and the King on Broadway Background

Farinelli and the King is a new play written and with music by Claire van Kampen, starring Mark Rylance as King Philippe V of Spain. Mark Rylance, who also happens to be Claire van Kampen’s husband, is considered one of the most accomplished actors working today across the world.

With the unparalleled magnificence of Mark Rylance in the role of Philippe, this play is uniquely accompanied by period instruments and reconceived arias. Like with the Mark Rylance led productions of Twelfth Night and Richard III, which also transferred from Shakespeare’s Globe, the show offers limited seating on the stage with an up close & personal view of the action.

The play Farinelli and the King transfers to Broadway after a sold out run in London’s West End, which was also directed by John Dove, and co-starred Colin Hurley, Sam Crane, Huss Garbiya, and Edward Peel. In addition, the singing voice of Farinelli is portrayed by Grammy Award winning countertenor Iestyn Davies. Fascinatingly, the role of Farinelli is played in a dual fashion, by an actor (Sam Crane), as well as a singer (Grammy Award winner Iestyn Davies).

The former artistic director of Shakespeare’s Globe in London for the first ten years of its existence, Rylance has won three Tony Awards for his performances in Twelfth Night (2014), Jerusalem (2011), and Boeing-Boeing (2008), in addition to an Academy Award for his role in Steven Spielberg’s Bridge of Spies (2015).

Among his other screen performances are the role of Thomas Cromwell in the BBC mini-series Wolf Hall (2015), as well as the title role in Steven Spielberg’ The BFG (2016). Claire van Kampen is an accomplished composer, playwright, director, and musician, who has composed the music for several Broadway shows including Twelfth Night, Richard III, La Bête, Boeing-Boeing, and True West.

Farinelli and the King is a captivating story about a fascinating footnote of history. In 18th century Spain, King Philippe V suffers from terrible insomnia and melancholy. As he lays in his chamber, his wife, the Queen, is told of a singer named Farinelli whose voice with the divine ability to utterly captivate all who hear it. When Philippe hears this man sing, his malaise dissipates, and he begs him to stay.

However, Farinelli is destined to become a great star, and thus he must choose between solitude to save his King and country, or his own celebrity.

Is Farinelli and the King Good for Kids?

The show is most appropriate for those aged 12 and older. Children under the age of 4 are not permitted in the theatre.

Farinelli and the King Marquee 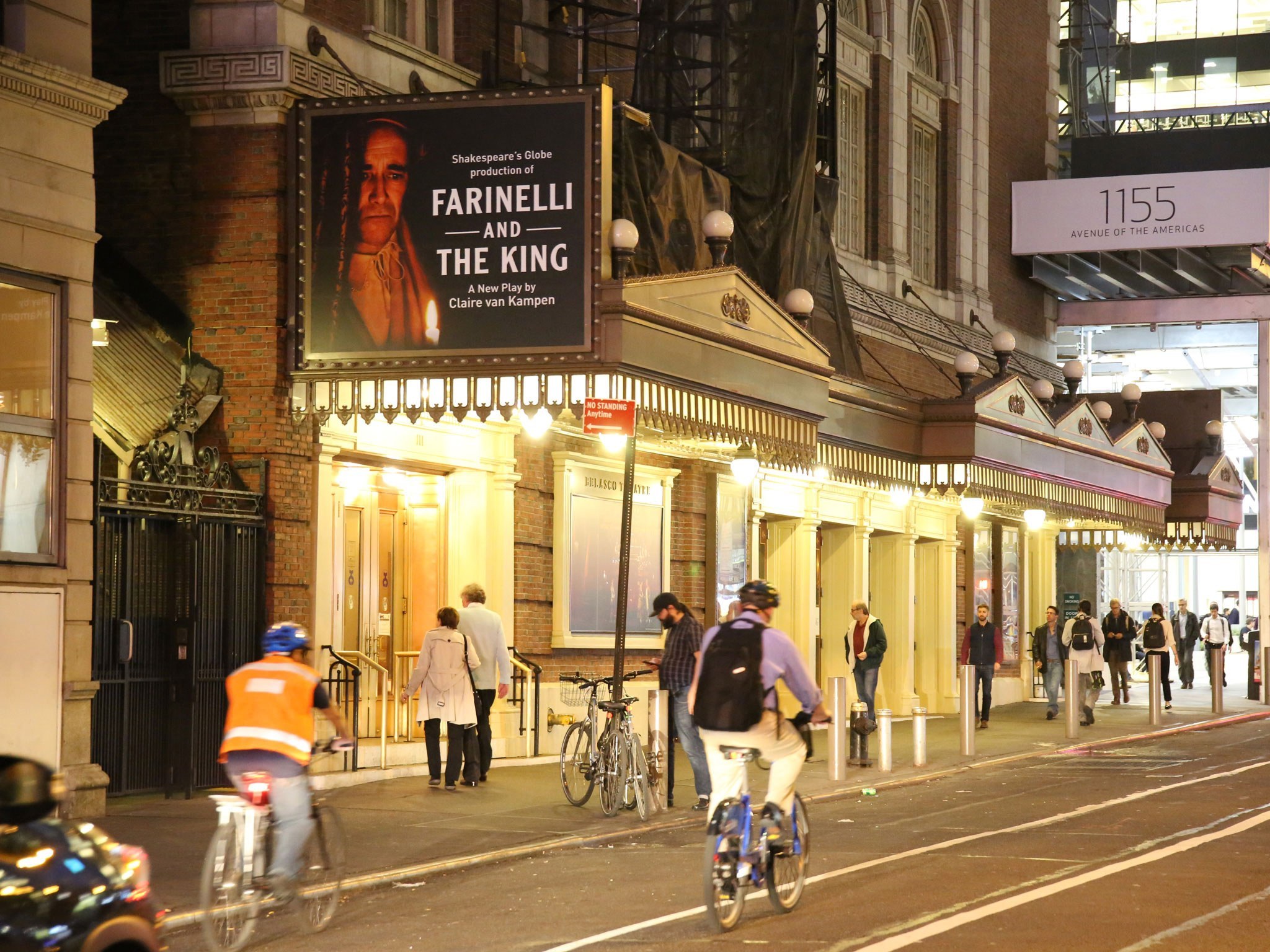